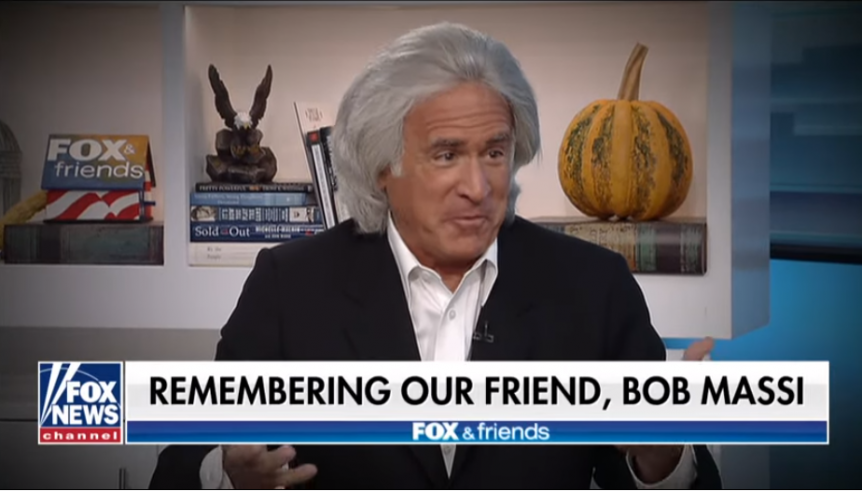 A familar face to many Fox Newser viewers passed away yesterday after a long battle with cancer.

Fox News legal analyst Bob Massi died at the age of 67 after an extended battle with the awful disease.

Massi was a Las Vegas-based real estate attorney known as The Property Man because of his ability to break down the real estate markets and legal cases in understandable terms, and often in light-hearted fashion.

He also sported quite a head of hair!

Massi was hired by Fox News not after launch in 1996, making him one of the network’s longest-serving legal contributors, and he appeared across seemingly all Fox News programming over the years.

The Fox & Friends team gave a nice tribute to their old friend and colleague this morning: