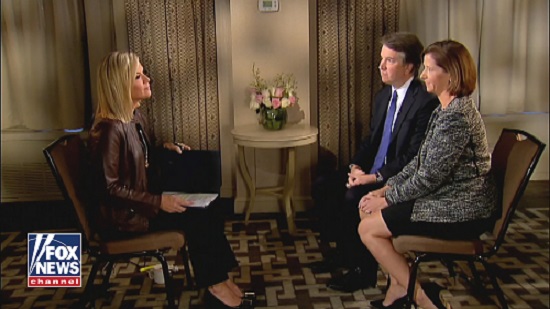 When Madison Avenue thinks of Fox News Channel, the first thing that usually comes to mind is the network’s prime time programming, which often touts conservative causes, and these days is largely supportive of President Trump.

But that’s not the full story, says Fox News.

Variety’s Brian Steinberg reports that when Fox executives reach out to media buyers and marketers this week, they plan on touting success of the network’s news programming, including recent work from anchors like Bret Baier, Martha MacCallum and Chris Wallace.

The network has also invited buyers to an upfront event at its Midtown Manhattan headquarters that will take place March 13th – the first time in the network’s history a presentation for buyers has been organized.

FNC is rolling out a new marketing slogan for the upfront, America Is Watching. The slogan has apparently been trademarked and a map of the U.S. has been created showing that no matter whether the region tilts red or blue politically, Fox News is the most-watched cable-news network – seemingly pushing back against the assumption that the network is only for conservatives and/or Republicans. 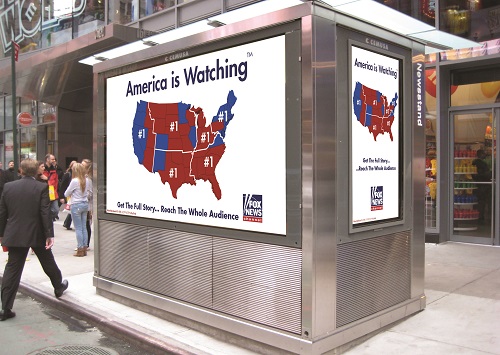 You’re also seeing more Fox News news division personalities appearing on late night TV these days. Bret Baier, in particular, is becoming a more widely known figure. He made an appearance on The Late Show with Stephen Colbert just last week. He and Jimmy Kimmel have become buddies as well, with the late night host recently congratulating Baier on 10 years as anchor of Special Report.

The network also plans on bringing up Election Day to call the 2018 midterms for the Democrats, owing to increased investment in new polling technology.

“The opinion programming is incredibly popular, and steals the bigger part of the headlines…literally more than two-thirds of the millions of people who come in and check out the channel every day are coming for the news programming.”

Klarman has been working with the network on its upfront effort.

Then, there’s the issue of brand safety. National advertisers have been under pressure from advocacy groups to pull their spots from the network’s prime time programming recently. This comes in light of controversial remarks made by the hosts. The pulled commercials have been moved to other programming, and you’re seeing more network promos during commercial breaks across prime time.

Secondly, Fox News/FBN used to be sold separately from the rest of 21 Century Fox. That will no longer be the case once the merger once the merger with Disney goes through, and the cable entertainment networks are gone. Fox News/FBN will soon be sold along with Fox Sports and Fox Broadcasting as part of the new Fox Corporation, and the new company can’t afford its news assets to experience any sort of national advertiser boycott.

That said, national advertisers don’t want to totally alienate Fox News’ audience. It is the most-watched basic cable network, after all.

“If you’re not buying us, you’re not reaching the whole audience,” said Klarman.