NEXT:Lara Logan Is Bringing a New Docuseries to Fox News' Streaming Platform
PREVIOUS:News Networks Are Releasing Their Plans for This Week's Coverage of the Impeachment Hearings 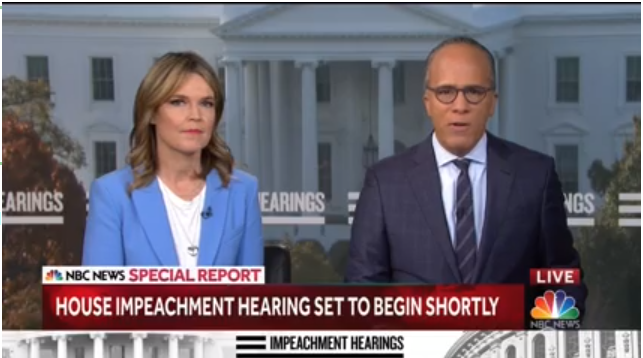 Fox News was the most-watched network for day 2 of the impeachment hearing, averaging 2.72 million total TV viewers on Friday, Nov. 15. MSNBC came in second in total viewers across broadcast and cable, averaging 2.63 million. CBS, ABC, NBC and CNN followed, in that order.

Fox News was also the most-watched network for day 1 of the hearings.

That’s a significant lift for the network from day one.

Not bad for a Friday and the second day of a significant television event.

*Neither CNNI nor C-Span are included because they are not Nielsen-rated.

*This does not include streaming audience numbers.