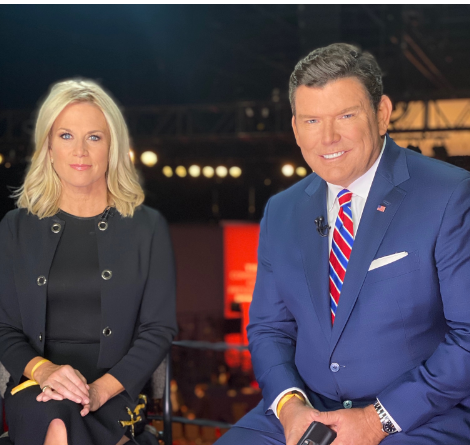 The second and final presidential debate of 2020 between President Donald Trump and former vice president Joe Biden was a bit more substantial and far more civil than the first debate last month (although the fact-checkers certainly had a long evening).

Part of that was due to the performance of the moderator, NBC News White House correspondent Kristen Welker, who asked narrow, focused questions, allowed the candidates to follow up, and was in command of the proceedings overall.

Out of home viewing as well as connected TV viewing are included in the 2020 total figures. Contribution coming from CTVs can be as much as +11% for televised political events, such as a debate.

The 63 million represents a drop from the first presidential debate of the 2020 cycle (-14%) ,which drew 73.1 million viewers across 16 networks. The first debate, back on Sept. 29, was the second-most-watched debate ever, only behind Trump’s first debate against former secretary of state Hillary Clinton in 2016, which drew a whopping 84 million viewers.

Compared with the final presidential debate of the 2016 campaign, which drew 71.6 million viewers across 13 networks, last night was -12% in total viewers.

Compared with the second presidential debate of the 2016 campaign, (which drew 67 million viewers across 11 networks and was not carried by NBC due to Sunday Night Football), last night’s event was -6% in total viewers.

Last night’s debate was the lowest-rated since the final debate of 2012, between then-President Barack Obama and Mitt Romney. That debate, which ironically took place on Oct. 22, drew 59.2 million viewers.

It’s worth noting that Fox Broadcasting did not carry last night’s event due to Thursday Night Football.

The drop off isn’t particularly surprising for a number of reasons. The first presidential debate of a cycle is traditionally the highest-rated; there’s an anticipation factor there that doesn’t necessarily exist for the others. Second, last night’s debate was going up against Thursday Night Football on Fox. Third, a lot of Americans have already voted. Fourth, after what 73+ million viewers witnessed during the first debate, many undoubtedly feared a similar event last night and decided not to tune in.

Still 63 million is nothing to scoff at, and this audience is far larger than what the candidates have drawn during their recent televised town halls.

FNC also beat the competition when it came to drawing adults 25-54, earning nearly 4.4 million in the advertiser-friendly demographic.

ABC and NBC split second place honors. ABC once again devoted its entire 8-11 p.m. ET time period to debate coverage (which it for the previous presidential and vp debate), and averaged 11.2 million viewers, only behind Fox News, and 4.06 million adults 25-54.

Unlike ABC and NBC, CBS presented only 2 hours of debate coverage (9-11 p.m.ET), with a new episode of Big Brother as its 8 p.m. lead-in. It averaged the smallest total viewership of the 6 major TV news networks (ABC, NBC, CBS, CNN, Fox News and MSNBC), but averaged more adults 25-54 than MSNBC.

NBC and Univision were the only major news networks to post audience growth from the first debate, +10% and +5%, respectively.