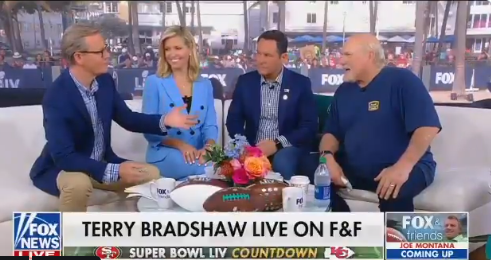 Fox News has brought its roster down to Miami for Super Bowl LIV. This year’s big game kicks off Sunday, Feb. 2 at 6:30 p.m. ET, and will air live on Fox.

Also today, several FNC programs will originate out of Miami, including America’s Newsroom with co-anchor Sandra Smith on location, The Daily Briefing with anchor Dana Perino, Bill Hemmer Reports, The Five, and Hannity in prime time.

With Pres. Trump traveling to Mar-a-Lago later today and Hannity broadcasting his show tonight from Miami, the Super Bowl interview originally scheduled to take place at the White House has either already been taped, is taping as I type this, or will instead tape at Mar-a-Lago this weekend, and not at the White House.

FNC’s Saturday shows Watters’ World, and The Greg Gutfeld Show will also be on site in the Magic City.

When CBS televised last year’s Super Bowl (LIII) live from Atlanta (and 2 weeks into Susan Zirinsky‘s tenure as president), Face the Nation with Margaret Brennan originated from inside Mercedes-Benz Stadium, where the game would be played later that day. Continuing a Sunday show tradition, this year, Chris Wallace will lead Fox’s Sunday show, Fox News Sunday live from inside Hard Rock Stadium in Miami.

Towards the end of the in-stadium broadcast, FNS will present a segment with Wallace and the NFL on Fox crew (Terry Bradshaw, Howie Long, Jimmy Johnson and Michael Strahan), as well as one with with Steelers Hall of Famer Franco Harris, both of which taped at the network’s outdoor studio on South Beach earlier in the week.

Continuing its live coverage throughout Super Bowl Sunday, FNC will provide viewers with special Sunday presentations of Bill Hemmer Reports (3-4 p.m. ET) and The Five (5-6 p.m. ET), leading into the game, with kick off at 6:30 p.m. ET.

Lastly, Fox News has activation booths in the Fox Nation Zone. The booths will feature some attractions, including rounds of corn hole and Connect Four; give attendees the opportunity to take pictures with Fox Nation hosts; as well as a contest to win an iPad and a free one-year subscription to Fox Nation. The booth will also have free Fox Nation merch for attendees, including mini footballs, sunglasses, hats and koozies. 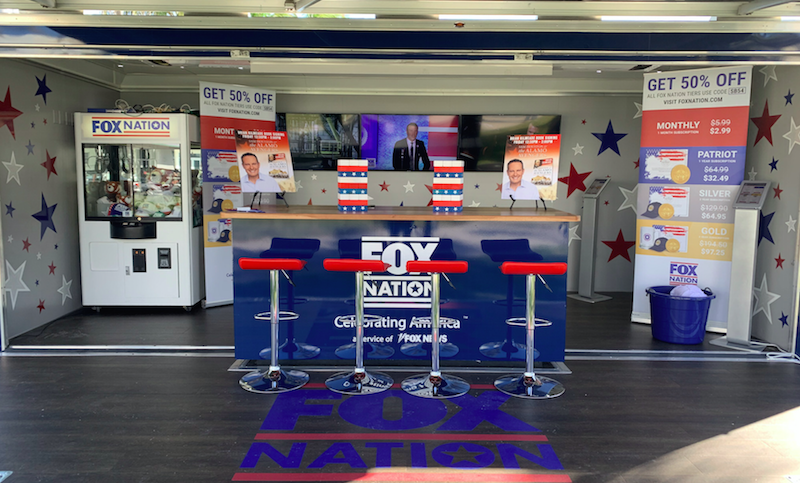