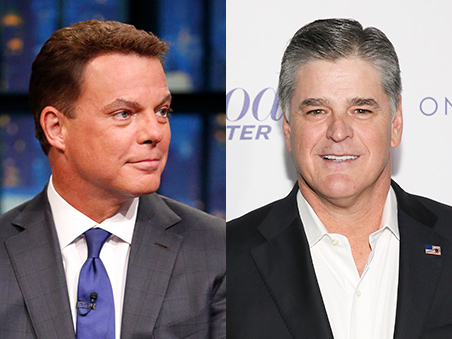 Sean Hannity said his “friend” and colleague Shepard Smith is “clueless” when it comes to what he does.

Hannity tweeted his response to Smith’s interview with TIME, in which the anchor took a shot at his prime time colleagues, saying, “some of our opinion programming is there strictly to be entertaining. I get that. I don’t work there. I wouldn’t work there. I don’t want to sit around and yell at each other and talk about your philosophy and my philosophy,” he said. “That sounds horrible to me.”

Smith added that news and opinion programs have co-existed, serving “different masters,” for years at Fox.

“We work for different reporting chains, we have different rules. They don’t really have rules on the opinion side. They can say whatever they want. If it’s their opinion. I don’t really watch a lot of opinion programming. I’m busy.”

Smith and Hannity will be colleagues for the foreseeable future. Smith just re-signed a contract extension with the network this week.