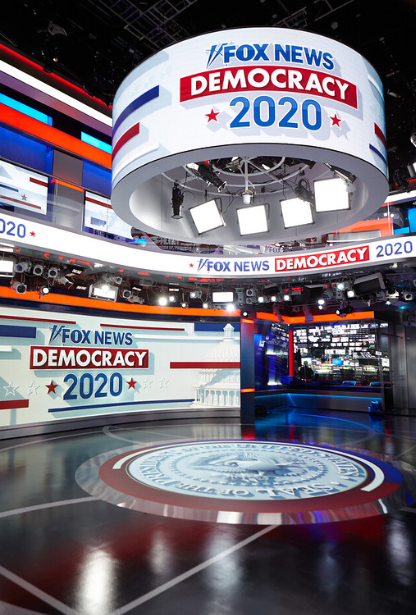 Fox News has been the go-to destination for political coverage in 2020, earning the largest audiences for the presidential and vice presidential debates, as well as the conventions. It’s very likely that the network will be drawing the greatest number of eyeballs in prime time on Nov. 3.

We caught up with Fox News Channel svp of news and politics Alan Komissaroff, the executive in charge of the network’s election night programming, to find out how 2020 is going to be a standout year from a coverage perspective, and how the pandemic has changed what the network is going to do on Tuesday.

While the network has confirmed “a few” Covid-19 cases among their ranks in recent days, we heard on Monday that none of the positive cases included talent. As of now, Bret Baier and Martha MacCallum, co-anchors of the network’s major political event coverage, will be back in the studio on Tuesday after quarantining this week. The Five co-hosts Dana Perino and Juan Williams will also participate in Tuesday’s coverage. They quarantined this week as well, after all four may have come into contact with a Covid-19-positive person on a flight from Nashville to New York after last Thursday’s debate (New York Times broke this news).

To the network’s credit, it has been taking all proper precautions, including testing, to keep safe its anchors, reporters and staff throughout the pandemic.

Here’s what Komissaroff had to say about election night coverage, and how Covid-19 has affected this year’s plans:

TVNewser: What can we expect to see during 2020 Fox News election night coverage that we didn’t see in 2016?

Komissaroff: Election night is our Super Bowl, so we try to outdo ourselves every cycle. This year we have some really stunning graphics including on-set augmented reality race boards and a hyper-realistic 3D model of the White House made by the same company that designed Fortnite. But in the end, we want to display all the returns in a clear and concise way for the viewer. We also have some of the elements our viewers are used to, including Bret Baier, Martha MacCallum, Chris Wallace and all of our top analysts. Bill Hemmer at the “Billboard,” and Shannon Bream doing Voter Analysis. This year we also have Harris Faulkner talking to a group of voters from around the country.

We have very strict health and safety protocols in place regarding Covid-19, which include enhanced testing protocols and increased safety measures.

Everyone that will be on set will be tested multiple times in advance of election night and our control rooms have already been retrofitted with plexiglass dividers between each work station. We are following all safety guidelines which has been a priority since March. So while the behind-the-scenes elements might be different than 2016, there are procedures that we’ve all become accustomed to but for the viewer, the look and feel on-air will be seamless, just as it has been since the start of the pandemic.

Our primary focus is to protect the health and safety of our staff, so election night will feature a responsible mix of in-person and remote elements. We are working together as a team to ensure we are adhering to all guidelines and following proper protocols as we plan our dedicated coverage surrounding Nov. 3.

We are a 24-hour news channel so we are always prepared to continue following the story. It’s what we do. Our election night coverage doesn’t have an end time. We are prepared to cover the election for as long as it takes—and even a little longer than that.