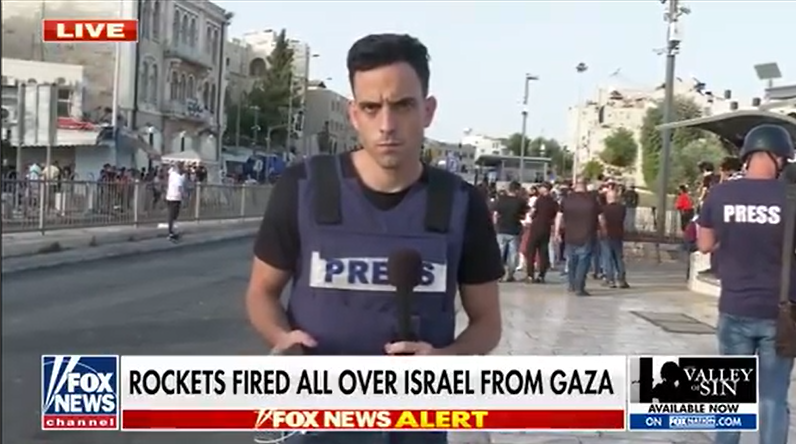 The Israeli-Palestinian conflict is becoming increasingly tense. On Monday evening, Gaza militants fired rockets at Jerusalem. This action was taken hours after Israeli forces raided Al-Aqsa Mosque, which is one of Islam’s holiest sites in Jerusalem (“The Noble Sanctuary”). That raid left more than 300 Palestinians and roughly 20 police officers wounded.

Muslims are currently celebrating the holy month of Ramadan.

Seven rockets reportedly were fired from Gaza at around 6 p.m. local time, and one of the rockets was intercepted by a missile defense system. Another made landfall in an Israeli village west of Jerusalem. Reports state there was damage to homes but no casualties.

The Islamic militant organization Hamas has claimed responsibility for the rocket launches, saying it did so in response to the raid on the mosque.

This action capped off a week of violence and general unrest around Jerusalem, and residents of Gaza and Israel are expecting more violence in the coming days.

Fox News Jerusalem-based correspondent Trey Yingst has been reporting from the city for years, and he checked in during Fox News’ 11 a.m. ET hour on Monday.

“To give you a sense what it means for the region, I’ve been covering this for a few years now,” said Yingst. “There have only been I would say two or three times where rockets were fired toward Jerusalem, and every time that happened there were days of conflict. One such time had to do in 2019 when the Israelis took out a senior Islamic Jihad rocket commander … We are likely to see in the coming days air strikes from the Israeli military in Gaza and potentially limited ground operations.”

And here’s Yingst reporting Sunday night from outside of Damacus Gate in the Old City: