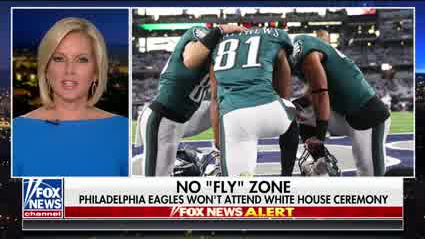 Yesterday, Fox News at Night with Shannon Bream covered Pres. Trump’s controversial decision to dis-invite the Super Bowl champion Philadelphia Eagles from celebrating their victory at White House, and in doing so, showed photos of Eagles players down on one knee. The players, including Corey Clement, Zach Ertz, Malcolm Jenkins, and Jordan Matthews were actually praying, but it was made to seem as though they were kneeling during the national anthem. The photo with Matthews in it (above right) wasn’t even from this past season. 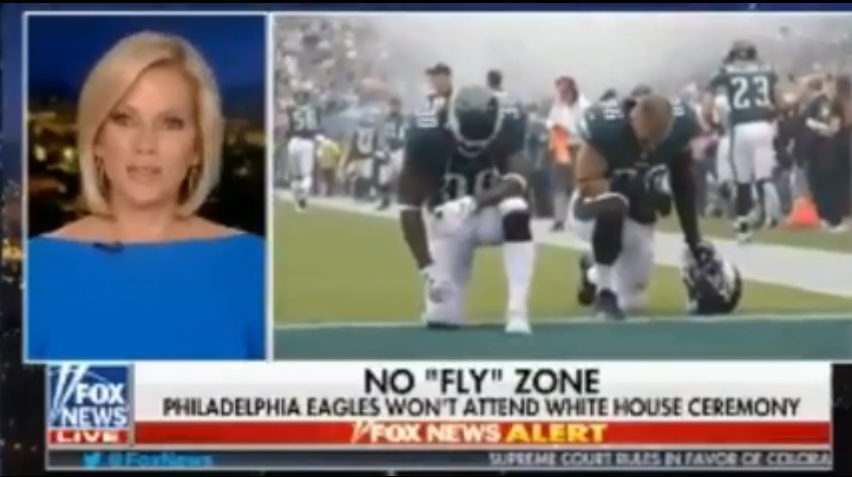 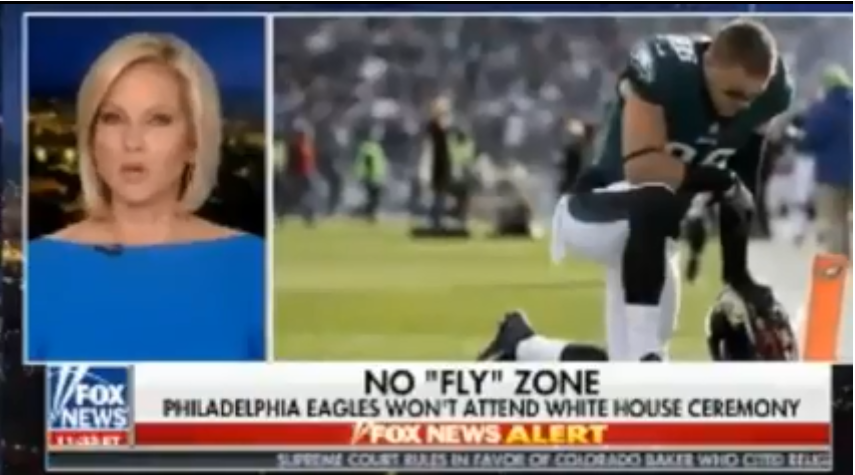 In one photo, Jenkins is raising his fist in protest, but there was no mention why he was doing so (to bring attention to police brutality against African Americans and other minority groups). 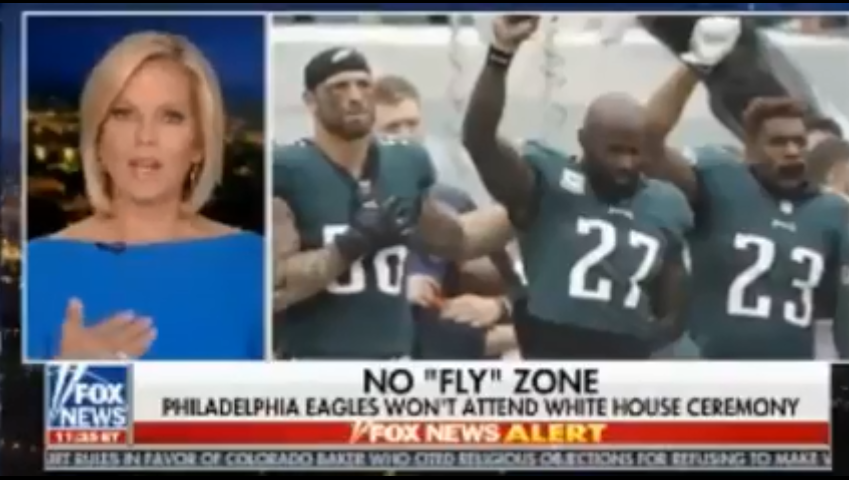 Eagles tight end Zach Ertz was none too pleased.

This can’t be serious…. Praying before games with my teammates, well before the anthem, is being used for your propaganda?! Just sad, I feel like you guys should have to be better than this… https://t.co/kYeyH2zXdK

Eagles star defensive end Chris Long, who has voiced his opposition to the Trump administration on multiple occasions, bashed the Fox News segment as well, re-tweeting the network’s tweet (which has since been deleted) and adding:

Imagine wanting to please the boss so very badly that you run stills of guys knelt down PRAYING during pregame. Not one Eagles player knelt for the anthem this yr. Keep carrying his water to sow division while misrepresenting Christian men. Aren’t many of your viewers.. nevermind https://t.co/QdlOvL0btq

Long isn’t done yet, he wants an on-air apology:

Fox News used the faith of Christian men dishonestly to push an agenda. That wasn’t an “error,” but intentional and strategic. They’ve deleted the segment + apologized on twitter, but many viewers don’t have twitter. An on air apology to all Christians would be the classy move. pic.twitter.com/qb8z8PwM1N