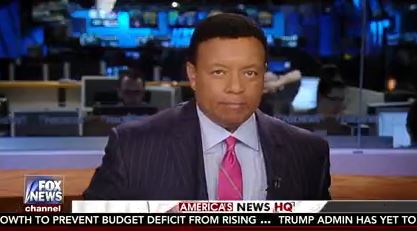 Another black Fox News employee, this time an anchor and reporter, has joined a racial discrimination lawsuit against Fox News Channel.

Kelly Wright, who has been with Fox News for 14 years, claims he was passed over for promotions because of his skin color.

Wright is one of 8 new plaintiffs, according to the Daily News reports. Three employees from the business offices of Fox, Tichaona Brown, Tabrese Wright, and Monica Douglas, were the first to file suit last month.

The suit claims that Wright pitched an idea for an early morning show, which is now on the air as Fox & Friends First. “Rather than allowing Mr. Wright to host the show, Fox has given that job to another of Mr. Wright’s White colleagues,” the suit claims.

“Despite his outstanding performance, and because he is Black, Mr. Wright has been effectively sidelined and asked to perform the role of a ‘Jim Crow’ — the racist caricature of a Black entertainer,” the suit claims.

In a statement, a Fox spokesperson says the network “vehemently” denies the claims in both lawsuits. “They are copycat complaints of the original one filed last month. We will vigorously defend these cases.”