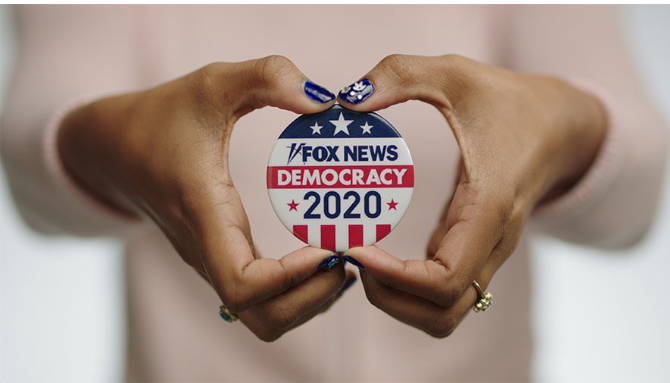 With the 2020 presidential election in the horizon, Fox News has decided to change its election brand.

America’s Election Headquarters—which has been a mainstay on Fox News Channel for the past decade—is giving way to Democracy 2020.

Interestingly, no Fox News on-air talent will appear in the network’s new It’s In Your Hands marketing campaign, which instead focuses on Americans and the choice they’ll be making in next year’s election.

“Twenty years ago, we were concerned that there was voter apathy and people weren’t showing up at the polls. And nothing could be further from the truth today,” said Klarman.

The new It’s In Your Hands commercial includes footage of Americans of different ages and races, in both rural and urban settings, as the narrator voices, “America is a special place. It’s a place where we work for what we want and speak up for what we believe.”

The spot (which can be found here) will air this month on Fox News and FBN, as well as Fox News’ digital platforms.

Then beginning Nov. 3, two days before this year’s elections, the “seven-figure” campaign will roll out across the country and will include outdoor elements as well as ad buys on national TV and local cable.