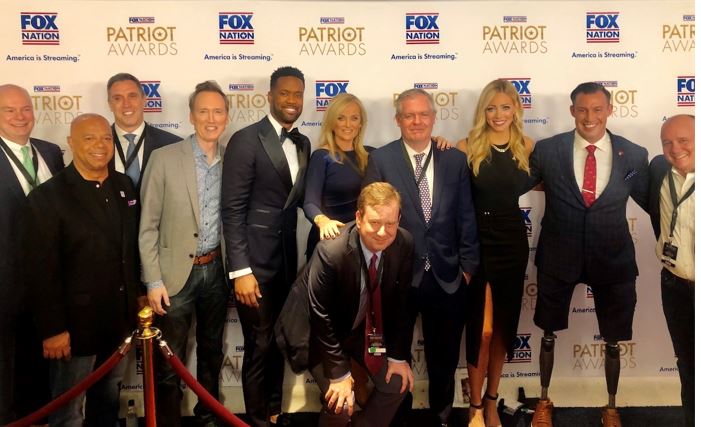 D’Corey Johnson, a third-grade student from New York whose rendition of the national anthem has gone viral, kicked off the awards show.

Hegseth, playing emcee, went on to joke about how the awards show is taking place in Hollywood, Fla,  referring to the city as “the real Hollywood.” He then compared it to “the other Hollywood,” which is, of course, in Los Angeles, and the audience proceeded to boo. 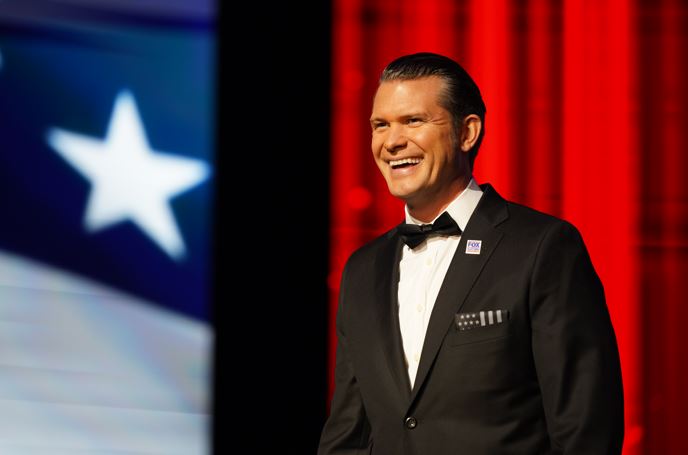 Later, Laura Ingraham presented U.S. Olympian Tamyra Mensah-Stock with the Fox Nation Patriot Award. Mensah-Stock was the first Black woman to win gold in U.S. Olympic wrestling history. She is the daughter of a Ghanian father and American mother and grew up in Illinois. She competed in the 2020 games in the 68-kilogram category.

Hannity introduced the Patriot Awards’ In-Memoriam remembrance for the 13 fallen service members who died in the August 2021 suicide bomb attack during the evacuation of Kabul.

Earhardt, Doocy and Kilmeade next presented the award for Modern Warrior. The winner was Army Sgt. 1st Class John Goudie, a Purple Heart recipient who lost his left leg and suffered a traumatic brain injury. 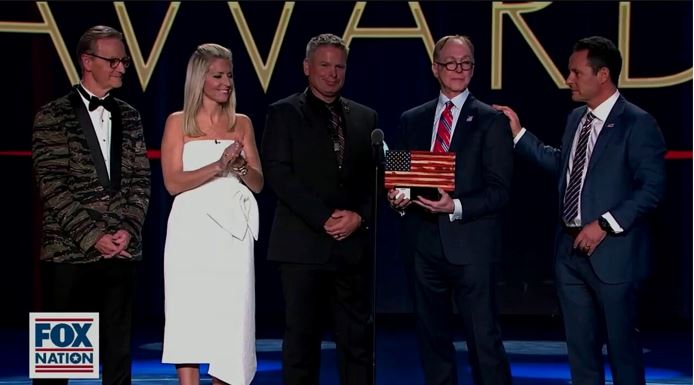 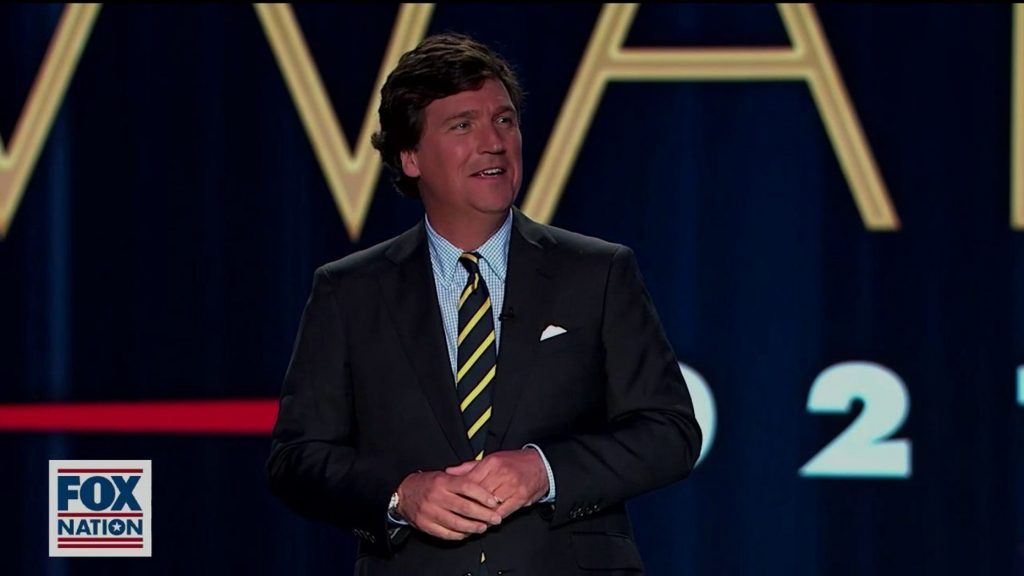 To close the ceremony, Fox Nation hosts Kacie McDonnell and Abby Hornacek introduced fellow host and country musician, John Rich, who then performed a song he wrote in honor of his grandfather, called “The Good Lord and the Man.”

A portion of the proceeds from the 2021 Fox Nation Patriot Awards is going to the Building Homes for Heroes Foundation, an organization that builds modified, mortgage free homes for injured U.S. military veterans.