The Fox Flight team was honored with the the inaugural Piloting Innovation Award for “outstanding achievement in the development and execution of a company-wide drone education program” at The Women and Drones event at the InterDrone Conference last Thursday in Las Vegas.

Taking place for five consecutive years, the Women and Drones luncheon highlights achievements and successes in the competitive industry of commercial drones.

Under leadership of Sharri Berg, who’s FNC’s evp of news ops and the coo of news and operations for Fox stations, Fox launched its drone education program three years ago and now has over 95 certified pilots on the Fox Flight team. The company plans to add even more. 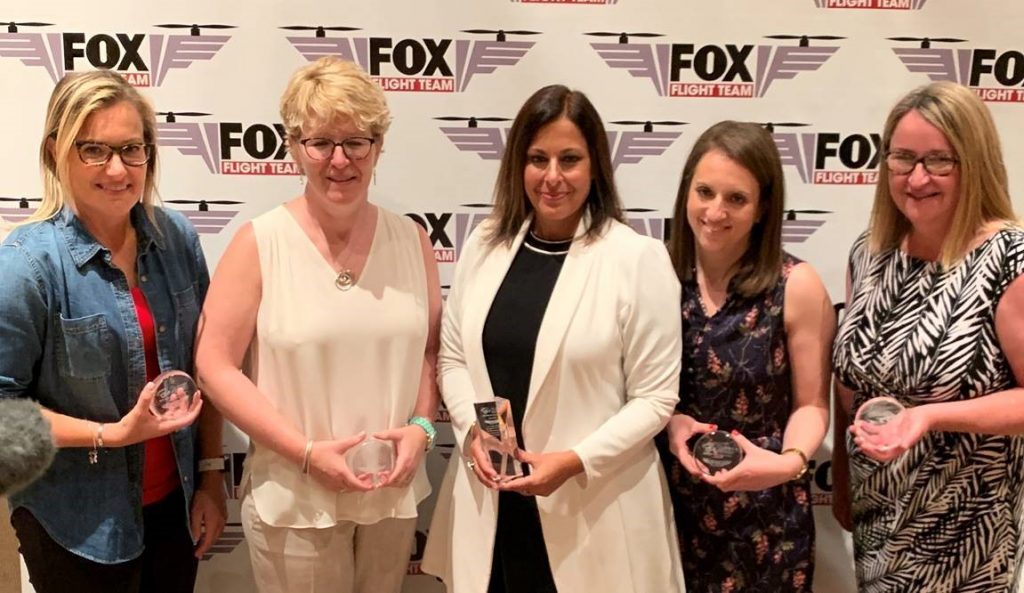