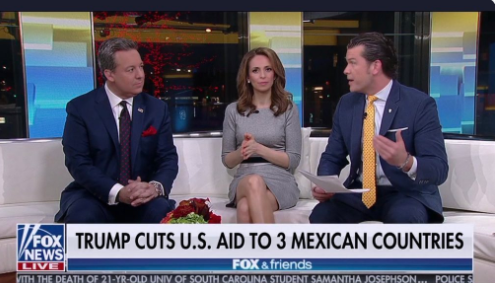 The graphics team at Fox & Friends Weekend made a pretty big blunder during the early minutes of today’s broadcast, that the show would later apologize for.

At 6:02 a.m. ET,  while co-hosts Pete Hegseth, Jedediah Bila and Ed Henry were discussing the Trump administration’s announcement that it will no longer provide foreign aid to El Salvador, Nicaragua and Honduras, the chyron seen on the right appeared: “Trump Cuts U.S. Aid to 3 Mexican Countries.” 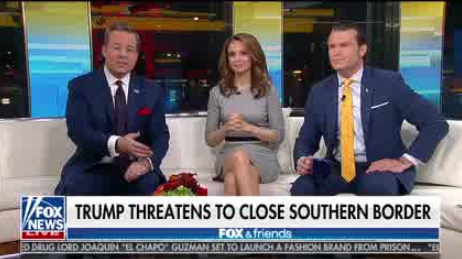 The Twitter account @BadFoxGraphics, which, as you may have guessed, stays on the lookout for these sorts of things, took note of the blunder early this morning. The internet ran with it.

To its credit, the show later issued an on-air correction and apology, saying the graphic was “inaccurate” and that the funding was being cut from “three Central American countries.”

“Now we want to clarify and correct something that happened earlier in the show,” Henry said. “We had an inaccurate graphic onscreen while taking about this very story. We just want to be clear, the funding is being cut off to the three Central American countries. We apologize for the error—it never should’ve happened.”