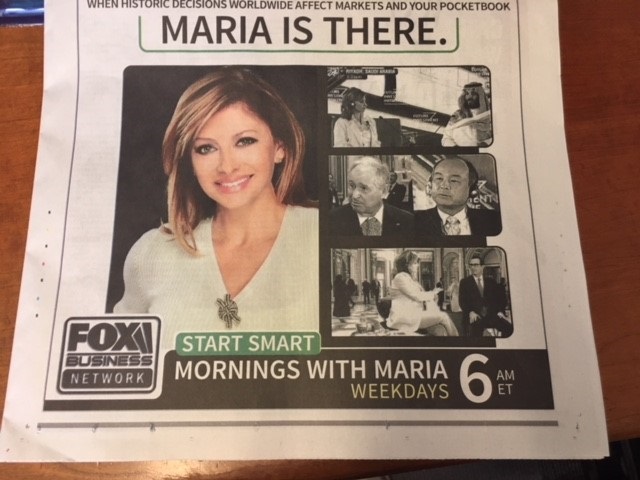 CNBC has not purchased spots on FBN touting Andrew Ross Sorkin’s Saudi Arabia coverage, as far as we know.

Fox has a history of poking its cable news competition on the advertising front. For years, the network advertised on billboards outside of the old MSNBC headquarters in Secaucus, NJ.

Fox News was also involved in a legal kerfuffle with CNN in 2004, threatening to take a sign company to court if it didn’t post the following message on a billboard across from CNN’s Atlanta headquarters:

“Now That CNN’s Ratings are Gone With the Wind, Our Work on This Board Is Done. We Love You Atlanta. Brought to you by your friends at FOX News Channel.”

For the Bartiromo campaign, FBN also took out print ads in the Wall Street Journal which shares an owner, and a chairman, Rupert Murdoch, with Fox.