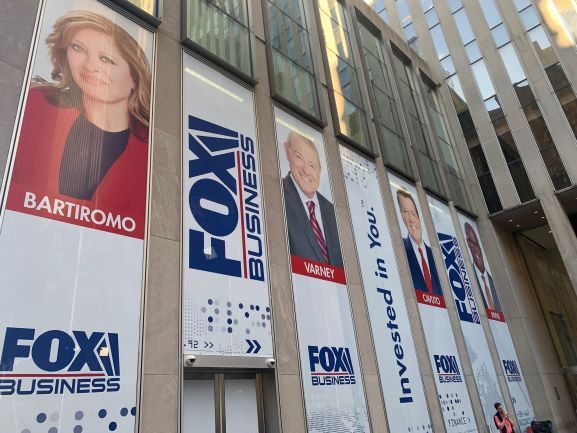 It has been a busy September for Fox Business Network.

The new graphics appeared for the first time during Bartiromo’s morning show and will appear around all of its programming. 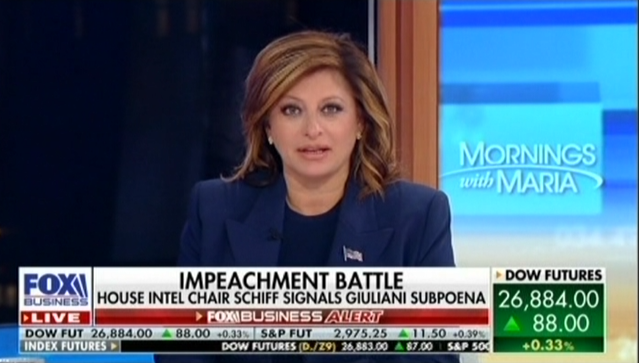 “This was just a great opportunity for Fox Business to embrace its lineage of being part of the Fox News family,” Fox News marketing chief Jason Klarman told Forbes‘ Mark Joyella. “The look and feel of the logos, the style is similar, [and] the idea of ‘invested in you’ is about being in it for the people.”

Bartiromo also spoke with Variety about the changes, and she told him that the goal is to remind viewers – and potential advertisers – that FBN is just more than a network that analyzes the stock market. “Most people don’t day trade. Most people are not looking at the ticker tape,” she told Variety’s Brian Steinberg.  “At the end of the day, it’s a much broader set of issues.”

A new promo — which NFL on Fox viewers may have seen during yesterday’s game broadcasts– features network personalities Neil Cavuto, Stuart Varney, Liz Claman and Charles Payne and Bartiromo talking about how information on Fox Business can help viewers earn their own piece of the American Dream.

“In life it’s not just how you invest, but for whom you’re investing,” Claman says in the promo, which features the aforementioned talent against a white background with the FBN logo in blue with a horizontal line in red separating the words “Fox” and “Business.”

FBN’s promotional push isn’t limited to television, however. For instance, when you go to the TVNewser home page this morning (Adweek.com/tvnewser/), you’ll see a familiar quintet of hosts.

As part of this brand refresh, Fox Business is also launching a new program Barron’s Roundtable, hosted by Jack Otter, an editor-at-large at Barron’s, the weekly magazine for investors that is part of Dow Jones & Co., owned by Fox News’ corporate sibling News Corp.

Otter will present interviews with investors and industry leaders and look at expectations for the week ahead on Wall Street. The program will launch this coming Friday, Oct. 4, and air Fridays at 10 p.m. ET after Maria Bartiromo’s Wall Street and WSJ at Large with Gerry Baker, giving FBN a full Friday night business programming lineup.