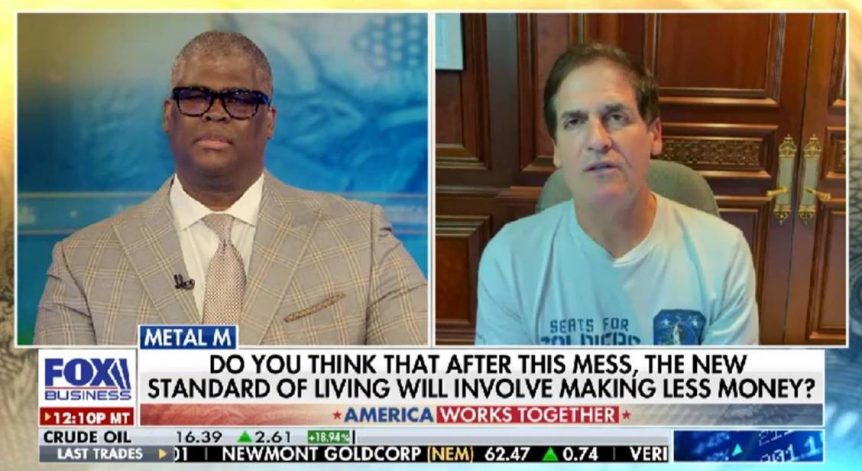 Billionaire investor, Dallas Mavericks owner and now an advisor on the newly formed presidential economic revival group, Mark Cuban has been making the rounds on cable news in recent weeks, beaming in to provide his analysis on the state of the economy, investing and how he thinks the economy can bounce back whenever this tumultuous Covid-19 era calms down.

Cuban appeared on Fox Business for a full hour this afternoon for an FBN virtual town hall hosted by Charles Payne, during which he answered questions from viewers surrounding personal finance, unemployment and more.

During the one-hour special, Cuban admitted that after the coronavirus calms down, “there will be a period of pain and it’s unfortunate. We’re going to go through a reset. It’s really difficult to know what America 2.0 is going to look like, particularly at the beginning.”

He added: “I really prefer small government, small intrusions, but now it’s going to be a little bit different. I think we’re going to have to see extended unemployment benefits, we may have to see a federal minimum wage.”

When the topic of Paycheck Protection Program funding was broached, and what went wrong there, Cuban remarked that bigger businesses should not have received government loans: “It was a mistake.”