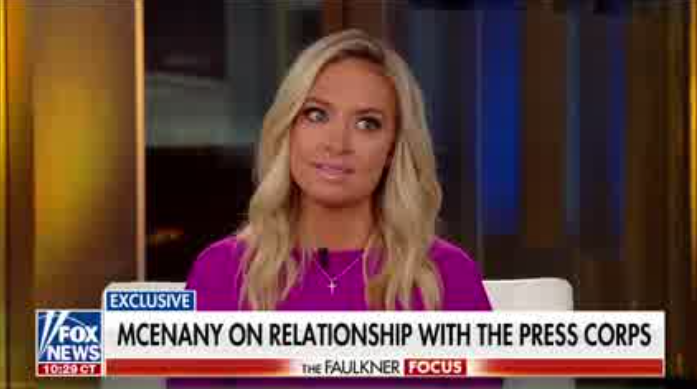 “It is my distinct pleasure today to welcome Kayleigh McEnany to the Fox family,” Harris Faulkner reported during the network’s 11 a.m. hour. “We will be seeing much more of her in the future.” 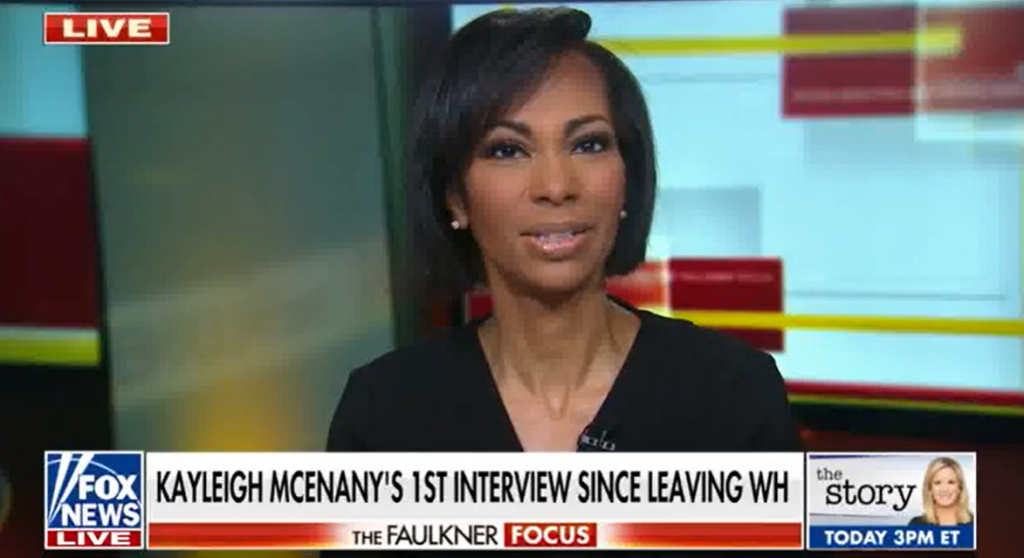 Faulkner previously taped an interview with McEnany, which would air later in the hour. 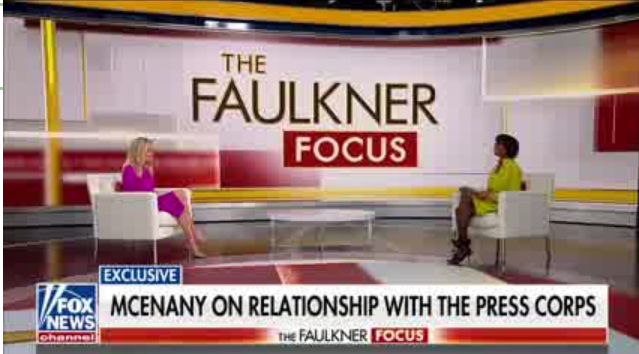 The network announced at the end of January that had paused discussions with McEnany about a potential role, but according to a source familiar with the matter, the network would be open to hiring her in the future given that the network “does not condone cancel culture.”

McEnany was the last White House press secretary during the Trump administration. During televised press briefings, she routinely acted hostile towards reporters, and held fewer and fewer briefings as the Trump presidency neared its conclusion.

The same was mostly true for McEnany’s predecessor Sarah Huckabee Sanders, who had her Fox News contributor agreement terminated in January after announcing a 2022 run for Arkansas governor.

This is not McEnany’s first go-round as a cable news contributor. She was a CNN contributor prior to joining the Trump administration.