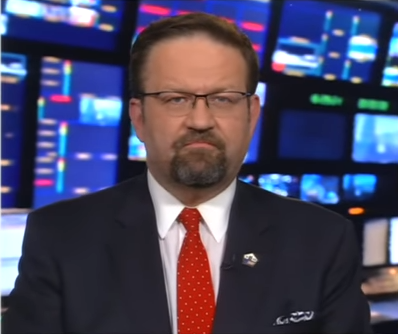 The network confirmed that Gorka had been hired, but did not confirm his title.

“Joining us now is Dr. Sebastian Gorka…I can officially announce today he is a Fox News national security strategist,” Hannity announced on the program. “You’re a true patriot hero and an amazing political analyst and strategic analyst. Thank you for being with us and we’re so happy for your success.”

Gorka is a frequent presence on Hannity’s TV show (and across Fox News opinion programming), and thanked him for the kind words, saying “it’s in large part, really, to you, Sean.”

The left-wing site Media Matters was the first outlet to note Hannity’s announcement.

Gorka’s stint as a counter-terroism adviser and deputy assistant in the Trump administration was relatively brief. He left the administration in August, one week after the departure of former White House chief strategist Steve Bannon.

In addition to his appearances on FNC, Gorka, a native Brit, often appeared on CNN and MSNBC to defend Pres. Trump, mock the hosts, and provide his views on foreign policy and terrorism.