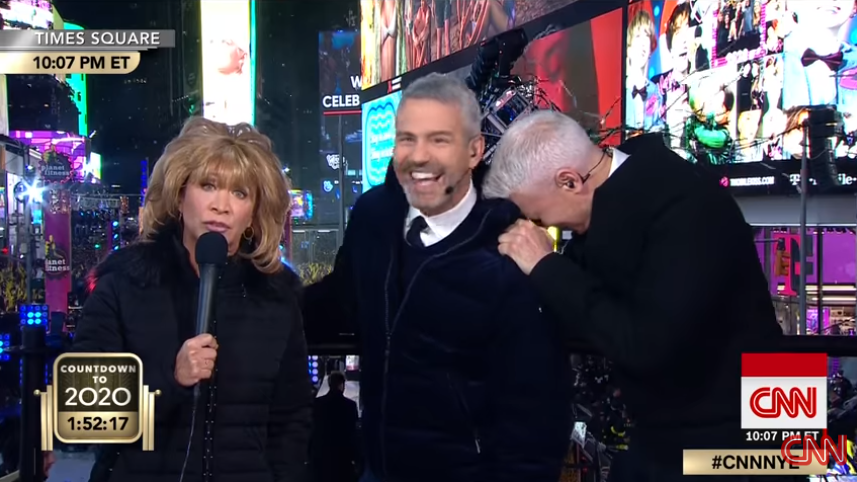 The CNN host noted at the start of the segment how an online petition on Change.org was calling for the real Walters, who has been in retirement for a few years now, to come on and repeat her iconic “This is 20/20” line at the ball drop (we wrote about “This is 20/20” in the previous TVNewser post).

Oteri appeared on the program, live, and Cooper, a former ABC Newser himself, had a tough time keeping it together.