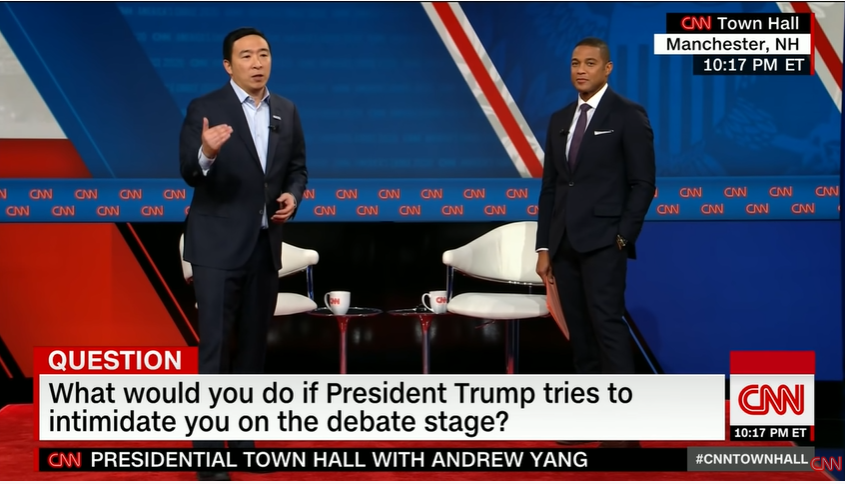 The king of the #YangGang is coming to cable news.

A New York-based businessman, Yang came out of nowhere, it seemed, to become a highly-popular candidate during the 2020 campaign, rallying a unique mix of folks seemingly disaffected with the current system: Liberal Democrats, libertarians and some Republicans to form a devoted group of followers known as the #YangGang.

A prominent platform in his campaign was what he referred to as the Freedom Dividend, a plan to give every American adult $1,000 a month universal basic income that he argued could help balance out economic inequality and eventually eradicate poverty.

Yang’s campaign was defined by the candidate’s happy go-lucky style. There are videos of him singing in a church choir, doing the Cupid Shuffle and crowd-surfing at events which consistently  went viral, helping solidify his image as a young, energetic candidate happy to be with his die-hard supporters.

Yang appeared on cable and broadcast news frequently during the campaign, which ended after a disappointing finish in the New Hampshire primary one week ago yesterday.

However, for some reason, there were a number of instances where his name was left off of cable news graphics, despite regularly polling among the top 10 candidates.

CNBC Squawk Box mistakenly left him off a graphic (which the network later issued an on-air apology for), and MSNBC left him off graphics on multiple occasions, most recently a Nov. 2019 broadcast of its Saturday morning show Up.

Nevertheless, CNN sees potential in the former presidential candidate as a commentator and believes his voice will be an important one as we approach Super Tuesday and beyond.