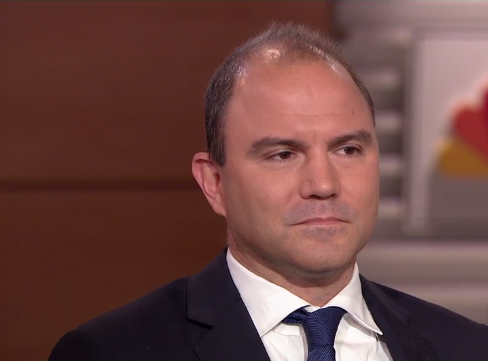 Rhodes isn’t the first official from the most recent administration to join the networks. Josh Earnest joined NBC News and MSNBC as a political analyst in March 2017. Earnest was Pres. Obama’s last press secretary, and like Rhodes, had been in Obama’s inner circle since the 2008 presidential campaign days.

Rhodes also happens to have a new book out tomorrow, The World as It Is: A Memoir of the Obama White House. Part of the promotional tour included a stop at CBS This Morning earlier today. This was an interesting move considering Rhodes’s brother is none other than CBS News president David Rhodes. CTM co-anchor John Dickerson made sure to disclose that information before the interview began.

Ben Rhodes was a speech writer during Mr. Obama’s 2008 presidential campaign. In his new book, “The World As It Is: A Memoir of the Obama White House”, Rhodes takes us behind the scenes of the biggest moments during the Obama presidency. He joins us in Studio 57: pic.twitter.com/uv3mlwCcZ5