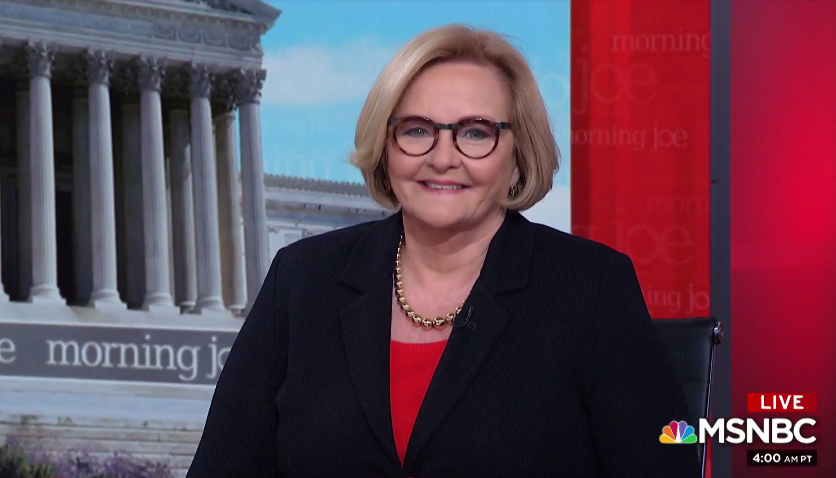 Former Missouri Democratic Senator Claire McCaskill lost her relection bid in 2018, but it appears she didn’t stay unemployed for long.

McCaskill joined the Morning Joe crew this morning, and Mika Brzezinski announced on the program that McCaskill is joining NBC News and MSNBC as a political analyst.

McCaskill frequently appeared on Morning Joe and other MSNBC programming during her time in the Senate, and apparently caught the eye of NBC News’ powers that be.

“I have come to the other side. I’ve always said in my offices: We can be smart and have a great work ethic and do great work. But if we have fun, we’ll do great work,” said McCaskill. “So hopefully that’s what this will be about.”

Brzezinski agreed, and also quipped she looked forward to having McCaskill’s “really good, sharp elbows” at the table to fend off Scarborough.

McCaskill may also have been auditioning for a gig at NBC Sports HQ in Stamford, Conn., providing some sound analysis on what we can expect from the AFC Championship game this coming Sunday, featuring her beloved Kansas City Chiefs and the New England Patriots.

McCaskill was elected senator from Missouri in 2006, reelected in 2012, but was defeated in 2018 by Republican Josh Hawley.