NEXT:Jim Cramer Says He Has Tested Positive for Covid-19, Will Host Mad Money From Home
PREVIOUS:Fox Says Staffers Working at New York Offices 'Must Show Proof of Receiving at Least One Dose of a Covid-19 Vaccine' 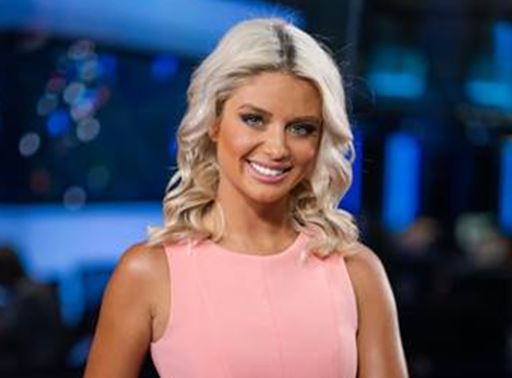 Newsmax announced today that i24 News anchor and reporter Sarah Williamson has joined the conservative cable network as a New York correspondent.

At Newsmax, Williamson has been covering the federal trial of Ghislaine Maxwell, charged with sex trafficking and perjury in connection with the case against convicted sex offender Jeffrey Epstein. “It has been such a soft landing here at Newsmax,” Williamson said in a statement. “The people here are incredible and every day at work is so enjoyable. It’s unlike any newsroom I have worked in before.”

Williamson comes to Newsmax having spent the past years four years as a producer, anchor, and reporter for i24 News in Tel Aviv, covering the Middle East and the Palestinian-Israeli conflict. She hosted two programs for i24 News, Israel Business Weekly and Trending, a show focused on culture and entertainment topics from the United States to the Middle East.

Prior to that, she began her career in her native Australia as a producer for Channel Nine and its long-established nightly show A Current Affair.