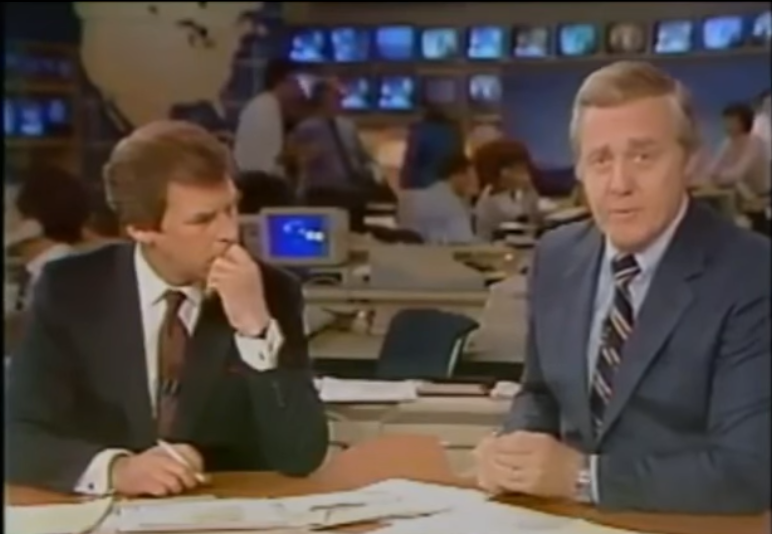 The first news anchor of ABC’s Good Morning America, Steve Bell passed away in Muncie, Indiana on Friday at the age of 83.

The longtime ABC Newser is perhaps best known to the wider public for his 11-year run as GMA news anchor (1975-1986).

To the right, an image of Bell with Peter Jennings reporting on the Challenger explosion in 1986. Below, image of Bell reporting for GMA the morning after John Lennon was killed, December 1980: 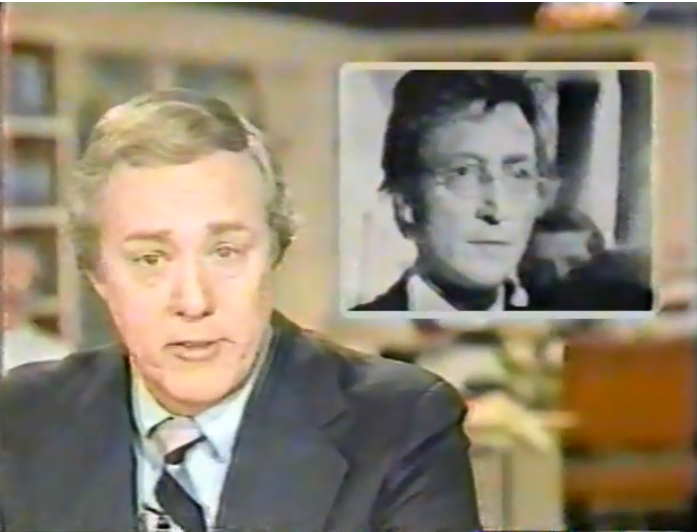 During that time he also co-anchored ABC World News This Morning from its 1982 launch until he left the network in 1986. Bell returned to local news, anchoring for six years at KYW-TV in Philadelphia.

After leaving the TV news industry, Bell became a communications professor at Ball State University in Indiana, where he taught for 15 years. Bell called the move to Ball State  — “a second career” and “a wonderful blessing.”

He retired from teaching full-time in 2007, and was honored with the Indiana Broadcasters Association Lifetime Achievement Award in 2017.

“I could tell you anecdotes that you wouldn’t believe about how we spent money,” he told Krinsky, citing as an example the 34-seat turboprop he once chartered — “just leased it on my ABC credit card!” — while based in the Far East. Film had come in to Laos of the 1972 Christmas bombing of Hanoi, and Bell needed to carry the film to Bangkok for processing. “I don’t have the slightest idea what I paid for that thing, because it didn’t matter!”

He continued: It was “just a privilege to have had the opportunity to observe — or even be a part of — such enormous events in a remarkable period of time. That was just more than anybody had a right to ask for.”