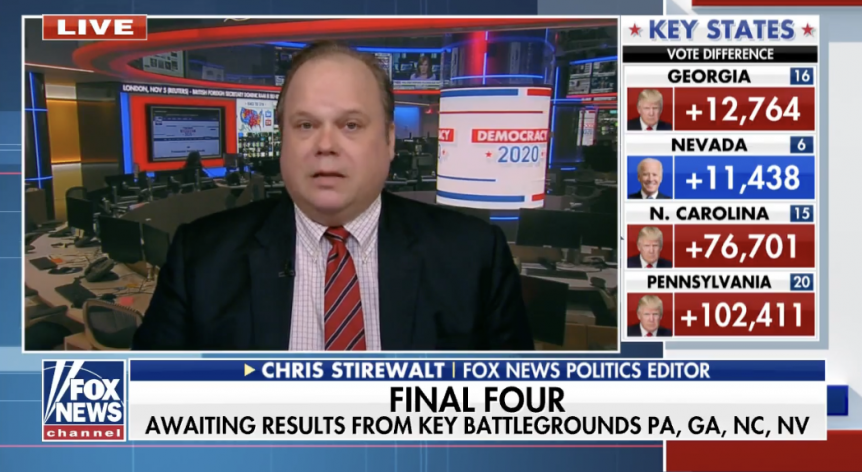 In his new role, Stirewalt will provide what the network calls “balanced and accurate political analysis” throughout the election season.

“Chris Stirewalt’s analytical abilities are the best in the business—and his insights during election season will prove to be an invaluable resource for viewers,” said NewsNation’s Michael Corn, president of news.

While at Fox News, Stirewalt was infamously on the 2020 Fox News Decision Desk that called Arizona on election night in favor of Joe Biden. The decision angered a significant segment of the network’s right-leaning audience, including President Trump. Fox News’ highly-respected Decision Desk ended up being accurate in its call.

However, shortly after the election, Stirewalt was one of 12-20 people laid off at Fox News in what was described as a realignment at Fox News Digital that would “meet the demands of this new era.”

A week after losing his job, he defended his election night decision saying in an op-ed for the Los Angeles Times that he “was proud of our being first to project that Joe Biden would win Arizona and very happy to defend that call in the face of a public backlash egged on by former President Trump. Being right and beating the competition is no act of heroism; it’s just meeting the job description of the work I love.”

Stirewalt is joining NewsNation as the fledgling news network is bulking up on its political operations. The network signed a broadcast partnership deal with the digital news site Decision Desk HQ. It will provide election data and exclusive polling results for the 2022 midterm primaries and general election.

According to Corn, “With honest reporting and data analysis, along with up-to-the-minute results from Decision Desk HQ, we are building upon our mission at NewsNation to become the leader in election night coverage you can trust.”