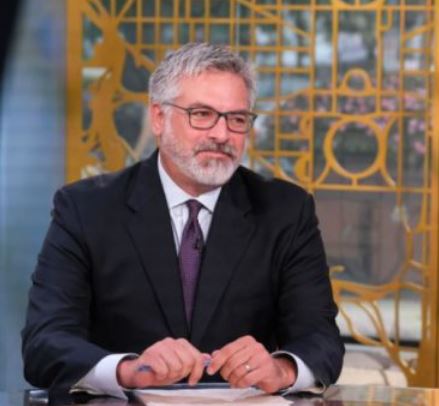 Former Fox News contributor and CEO of The Dispatch Stephen Hayes is joining NBC News as a contributor and political analyst. In this role, he will appear regularly across all NBC News platforms including Today, Meet the Press with Chuck Todd, and the streaming service NBC News Now.

Hayes will make his NBC News contributor debut this coming Sunday on Meet the Press—and he’s no stranger to NBC News viewers having appeared on MTP as a panelist many times in the past, dating back to when Tim Russert was the moderator.

“I’ve known and worked with Steve Hayes on and off for nearly 25 years. He is a principled reporter and analyst who always puts truth and facts above emotion and sentiment … even when it comes to our beloved Green Bay Packers,” Todd said in a statement.

Hayes will also serve as a contributor to NBC News’ special political and election coverage, including the network’s programming across linear, streaming and digital for this year’s midterms and the 2024 presidential election.

A Fox executive said at the time the network had no intention of re-signing Hayes or Goldberg when their contracts came up in 2022 anyway.