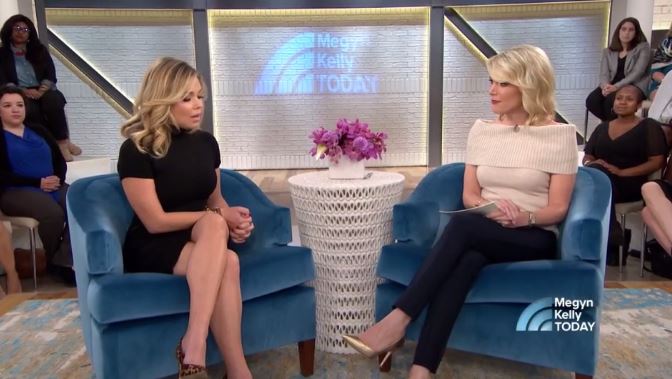 Lauren Sivan, a reporter for Fox-owned Los Angeles station KTTV, hopes that by sharing her story of sexual harassment other women will have the courage to come forward as well.

“I’m positive that more women will come forward,” Sivan told Megyn Kelly this morning. “It was kind of a horrible kept secret in Hollywood, that he had this type of behavior. But you have to understand, he was a titan in Hollywood. He could ruin people’s careers if he didn’t like you.”

On Kelly’s NBC News show this morning, Sivan described her 2007 encounter with Weinstein in which she first rebuffed his advances then watched as he pleasured himself.

“More than the disgusting act itself, which of course was gross, the demeaning part of it all, that just 20 minutes earlier he was having this great conversation with me and I felt so great and flattered by it. And then, stand there and be quiet, just a few minutes later just negated any warm feelings I had and I realized oh, that is what this is all about.”

At the time of the encounter Sivan was an anchor for News 12 Long Island. In 2008 she joined Fox News where she was a reporter and overnight anchor. At that time, Kelly was a daytime anchor at Fox News. “Full disclosure, Lauren and I used to work together and we know each other a bit socially,” Kelly said this morning at the start of their interview.

Kelly herself was subjected to unwanted sexual advances from her Fox News boss, the late Roger Ailes, in 2006. She came forward with her story last year, when an outside law firm began an investigation of Ailes’ behavior, which led to his dismissal.