NEXT:CNN New York Receives Yet Another Bomb Threat, And Employees Are Forced to Evacuate Building
PREVIOUS:PBS NewsHour Anchor Judy Woodruff: 'Today, Every Second Is a Deadline: Social Media Have Erased the Luxury of Time' 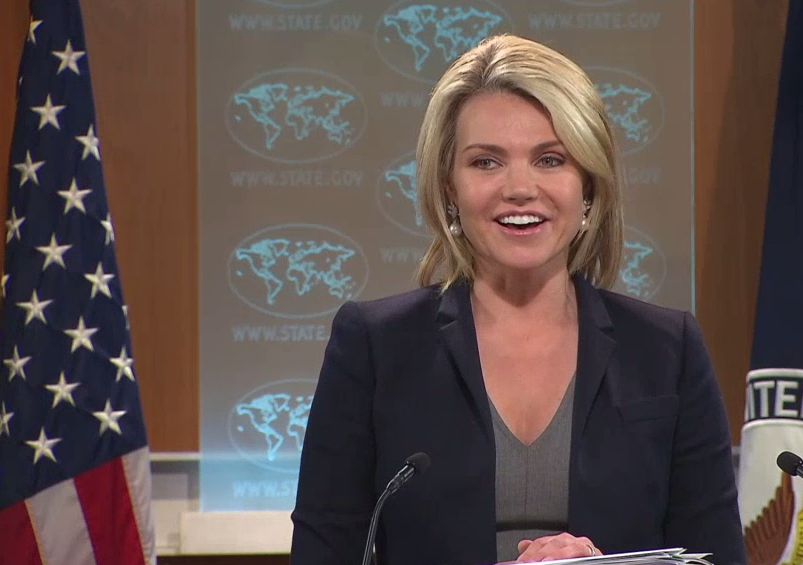 Multiple outlets reported late yesterday evening that current U.S. State Department Spokesperson (and former Fox News anchor) Heather Nauert will be nominated by President Trump to serve as the next U.S. Ambassador to the United Nations replacing Nikki Haley, who decided to vacate the role at the year’s end.

Trump could make the formal announcement as early as today.

Nauert, who took on the State Department gig in April of last year, is yet another former Fox Newser with a connection to the White House. White House comms chief Bill Shine was most recently co-president of Fox News, and national security advisor John Bolton was a longtime Fox News contributor.

Before arriving at the State Department, Nauert had been an anchor at Fox News almost continuously since 1998, with a two-year stop at ABC News in between (2005-2007). In 2009, she briefly added anchoring at the Fox-owned New York station WNYW.