NEXT:Tuesday, June 29 Scoreboard: Fox News Is No. 1 in Prime and Total Day; CNN and MSNBC Tie in Primetime Demo
PREVIOUS:Q2 '21 Sunday Show Ratings: This Week with George Stephanopoulos Is No. 1 in Key Demo For First Time Since 2015 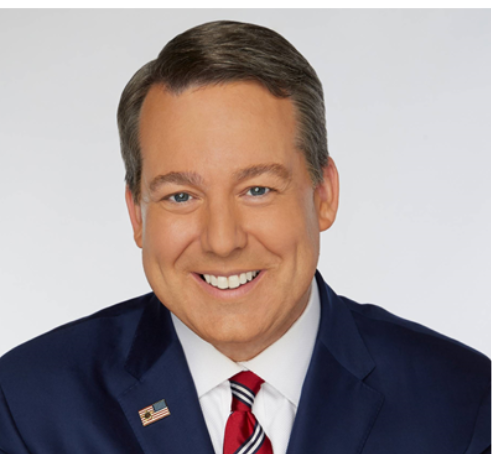 Former Fox News anchor and correspondent Ed Henry was fired by the network on July 1, 2020 for “willful sexual misconduct in the workplace.”

Nearly one year to the day later, the former TV newser, who has vehemently denied the allegations of sexual misconduct, filed a defamation lawsuit against Fox News chief executive officer Suzanne Scott and is making a number of explosive claims in the process.

Through a statement from his attorney Ty Clevenger, Henry claims that Scott “publicly smeared” him, and that he was fired “in order to divert attention from Scott’s long history of covering up actual misconduct.”

Henry expounds on that statement, accusing Scott of “covering up other incidents involving Fox News senior executives and program hosts, including an extramarital affair between Fox News President Jay Wallace and a subordinate.”

The former Fox Newser goes on to claim that the subordinate ended up getting a “plum assignment” at the company.

Henry states in his lawsuit  that Fox Business Network president (formerly Fox News morning programming chief) Lauren Petterson told him that Scott was tired of “carrying water” for then-President Trump during the 2020 campaign. His lawsuit also alleges that Scott instructed producers at the network to rein in coverage of the national anthem controversy that Trump had been pushing about NFL players kneeling during the anthem. His lawsuit further alleges that Scott shut down the story because Fox Sports was trying to secure a multi-billion-dollar contract with the NFL.

“As we stated one year ago, Fox News Media conducted a thorough independent investigation into Ed Henry immediately after we were made aware of a serious misconduct claim against him by a former employee,” said a Fox News spokesperson via statement. “Based on the results of those findings, we promptly terminated Mr. Henry’s employment for willful sexual misconduct and stand by the decision entirely. We are fully prepared to vigorously defend against these baseless allegations as Mr. Henry further embarrasses himself in a lawsuit rife with inaccuracies after driving his personal life into the ground with countless extramarital affairs in a desperate attempt for relevance and redemption.”

The network spokesperson also addressed the claims being made about Scott: “Under the leadership of CEO Suzanne Scott, Fox News Media has worked tirelessly to transform the company culture, implementing annual, mandatory in-person harassment prevention training, creating an entirely new reporting structure, more than tripling the size of our HR footprint, conducting quarterly company meetings and mentoring events, as well as executing a zero tolerance policy regarding workplace misconduct for which we engage outside independent firms to handle investigations. No other company has enacted such a comprehensive and continuous overhaul, which notably, earned Fox News Media recognition as a ‘Great Place to Work’ for the first time in its existence, a testament to the many cultural changes that Ms. Scott has instituted during her incredibly successful tenure as CEO.”

The network put out a third statement, this one concerning the claims Henry has made about Wallace.

“Fox conducted a full and independent investigation of the claims against Jay Wallace — he was cleared of any wrongdoing and the allegations are false,” said the spokesperson.