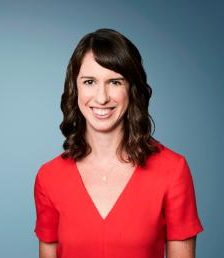 Courtney Chapman Coupe has joined LinkedIn as its new head of original programming. Coupe was most recently the SVP of content strategy and operations for CNN Digital.

In this newly created role, she will be responsible for building out the content strategy—and overseeing the development and production of all original video and audio for the social networking giant.

While at CNN, Coupe led content strategy for the network’s streaming and audio businesses. She was responsible for driving acquisitions, engagement and retention. She worked with and led content teams to deliver programming strategies for news, documentary, and interactive content.

Coupe was also part of the team that launched Great Big Story, which was shuttered in 2020—and was part of the leadership team of the now defunct CNN+.

She is the latest CNN Digital exec to depart the company since Jeff Zucker’s ouster and the appointment of CNN CEO Chris Licht. She joins Andrew Morse, Meredith Artley, Alex MacCallum and Robyn Peterson.

CNN, meanwhile, is still searching for its new EVP and chief digital officer for CNN Digital.