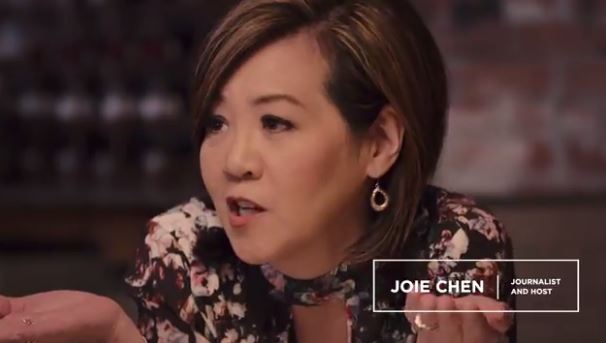 Medill’s D.C. program was established in 1966 as an extension of Northwestern’s School of Journalism. Many current and past TV newsers got a jumpstart in their careers with the program, including Chen.

“Every success I’ve ever had in my professional life I owe in some way to Medill,” said Chen, who is a Medill graduate.

“It’s an enormous honor for me to support the next generation of Medillians as they begin their careers. I look forward to helping to create new opportunities for them and to keeping Medill at the forefront of journalism education,” she said.

“Joie will take the lead in growing our D.C. program for the future, creating more opportunities for students, new initiatives for working professionals and timely public events on critical issues facing the news media and our nation,” said Tim Franklin, senior associate dean at Medill.

Chen has her bachelor and master’s degrees in journalism from Medill. Her father, Chiadao Chen, was emeritus professor in biochemistry at Northwestern’s medical school.

Chen has served on Medill’s Board of Advisers for more than 10 years and was inducted into Medill’s Hall of Achievement in 1997.