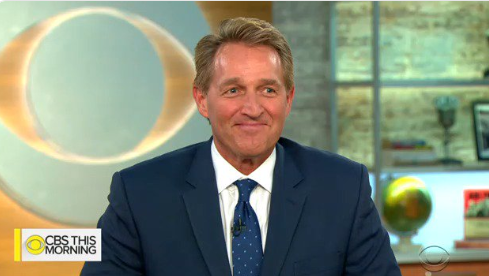 Flake will contribute to a new series for CBS News named Common Ground. It’s a series of stories that the network says are meant to “shine a light on opposing groups coming together.”

Flake spoke about the new series (and his new gig) on CBS This Morning:

Flake left the senate earlier this month. He occasionally broke away from the Republican side of the aisle during his time in congress, and got in a number of public spats with President Trump, as a result. Flake also confirmed during today’s telecast of CBS This Morning that he will not primary President Trump in 2020.

“I’ve always said that I do hope there is a Republican who challenges President Trump,” he said. “That will not be me.”