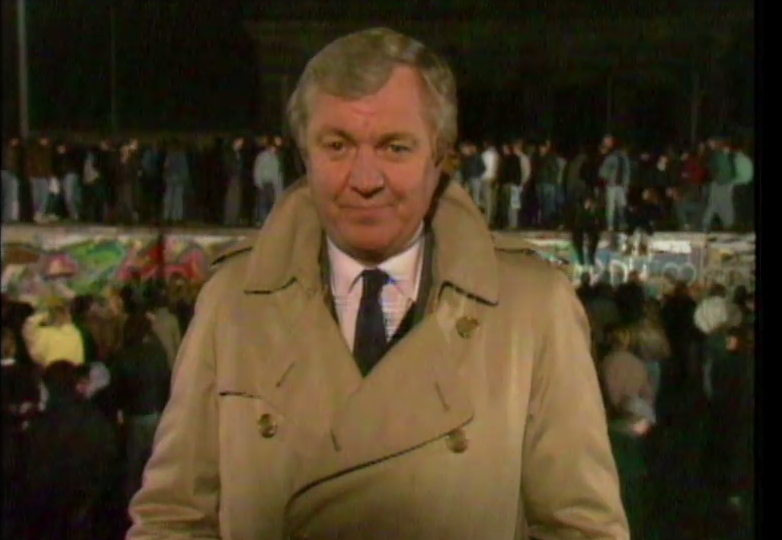 Former ABC News correspondent Barrie Dunsmore – who worked at ABC News for 30 years – passed away on Sunday at the age of 79.

Dunsmore was an expert on U.S./Soviet relations, and reported for Nightline on the historic fall of the Berlin Wall. His tenure at ABC News spanned 7 presidents, 6 continents and +100 countries.

Dunsmore was close with the late World News Tonight anchor Peter Jennings. The Canadian duo headed from Canada to ABC News at around the same time, and Dunsmore was actually one of the ushers at Jennings’ memorial service in 2005.

Services for Dunsmore will be on Saturday, Sept. 8th in the Holeman Lounge at the National Press Club in Washington D.C. from 1 – 4 p.m. ET.

It is with great sadness that I share the news that former ABC News correspondent Barrie Dunsmore passed away on Sunday.

Barrie was a one-of-a-kind correspondent who reported for more than 30 years on the most important events, people and issues of our time. His remarkable tenure at ABC News spanned seven presidents, six continents and more than 100 countries.

Barrie started his career in his home country of Canada, where radio station CKRM hired him while he was still in high school, after which he became an announcer and disc jockey following graduation. While reporting at television stations across Canada, Barrie formed a friendship with Peter Jennings that eventually led them both to ABC News.

Initially based overseas, first in Paris and then in Rome, Barrie’s assignments included the fall of Saigon and the ongoing conflict in the Middle East, including the Six-Day War, the capture of the Suez Canal and the 1979 Israeli-Egyptian peace process. Barrie was granted the first American television interview with Egyptian President Anwar Sadat.

Barrie was an expert on U.S./Soviet relations. He was on location for most of the major events of the final years of Cold War and reported for Nightline on the historic fall of the Berlin Wall.

After leaving ABC in 1995, he continued to lend his gifts and insight through foreign policy writings published by Harvard and a book on his unique experience as a witness to world events in the latter part of the 20th century. Georgetown University’s School of Foreign Service awarded Barrie the Edward Weintal Prize in 1995 for his “distinguished reporting on foreign policy and diplomacy.”

A spirited man from humble beginnings, known for his tenacity for getting the story right and perseverance in being where the biggest news would break, Barrie represented the best in journalism. He is an example for us all. Please join me in offering our sincere condolences to his wife, our former colleague Whitney Taylor, and to his three children as we celebrate the man who Henry Kissinger once saluted as “one of the significant journalists of our era.”

Services for Barrie will be on September 8th in the Holeman Lounge at the National Press Club (Washington, DC) from 1-4pm. Any donations should be made to the Dunsmore Study Abroad Scholarship Fund at the American University International School of Service or Freepress.net.

On Monday night, Nightline marked Dunsmore’s passing by honoring his legacy with a tribute to his reporting on the fall of the Berlin Wall.