NEXT:12 Veterans Became Naturalized U.S. Citizens Today on Fox & Friends
PREVIOUS:CNBC Is Ending Production of On The Money and Nightly Business Report 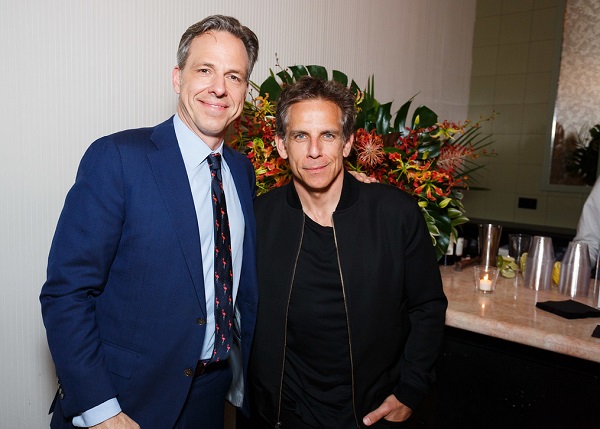 CNN’s Jake Tapper is one of TV news’ most outspoken advocates for veterans.

One example of his advocacy is the Homes For Our Troops Veterans Day Auction, which he helped establish three years ago.

The auction, which allows people to shop celebrity experiences and signed items on eBay, is back for a third year, and it’s live on eBay through Nov. 17.

All proceeds from the auction benefit Homes For Our Troops, a privately funded nonprofit, builds and donates specially adapted custom homes nationwide for severely injured post – 9/11 Veterans, to enable them to rebuild their lives.

Tapper first heard about the organization when profiling a veteran attending a State of the Union address, and has been an “ambassador” for Homes For Our Troops for a few years ever since he and CNN New Day co-host Alisyn Camerota donated their winnings in a CNN trivia contest to the group.

“I’m impressed with the group, especially how much of the funding goes directly to the mission of the charity: Building specially-designed mortgage-free homes for the most severely wounded veterans of Iraq and Afghanistan,” Tapper told TVNewser. “The statistics for wounded veterans who have a home — in terms of what they are able to achieve in education, professional, and personal happiness — are astounding.”

Where did the idea for an auction come from?

Tapper said itcame about three years ago after Ben Stiller reached out on Twitter DM and said he’d love to get more involved in helping veterans. The two brainstormed and came up with the idea for the eBay auction.

Stiller and Tapper (a celebrity in his own right) have a ton of high-profile friends, and when the two reached out to their friends, both inside and outside the television news industry, with the idea, they were more than happy to participate.

“The response from folks I’ve asked for help has been overwhelming and deeply touching,” said Tapper.

Tapper has reported extensively on veterans and troops over the years, and his book The Outpost: An Untold Story of American Valor, which is about U.S. troops in Afghanistan, was cited when the Congressional Medal of Honor Society awarded Tapper the “Tex” McCrary Award for Excellence in Journalism back in 2014.