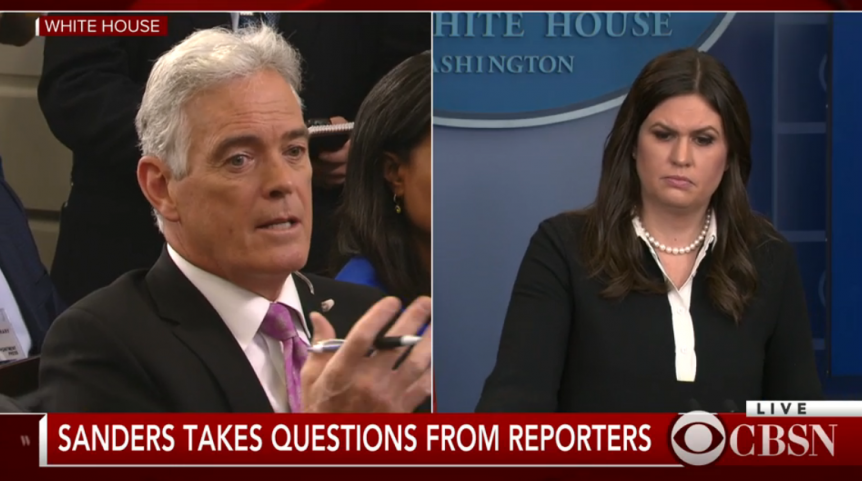 The White House communications team is holding another off-camera briefing right now and at least one TV news correspondent walked out of it. Fox News Channel’s John Roberts stepped out of the briefing as Deputy Press Secretary Sarah Huckabee Sanders was just getting going.

As it was not televised (this image is from a previous briefing) other White House reporters tweeted the news:

.@johnrobertsFox leaves briefing early. Sanders notes it from podium. He calls back, "If it was on camera, I might not be." Ooohs.

Roberts explained on Twitter that he had a live shot to get to. He did get a few questions in about the Senate’s failure to pass its health care bill, and left about 10 minutes later. Fox News played most of the briefing, tape delayed, audio only, during Shepard Smith‘s hour.

To all who are musing over me leaving the @SHSanders45 Briefing…I have a live shot. Had the brief been on camera, it would 1/2

Would have been on TV, not me. I would have waited until it was over. 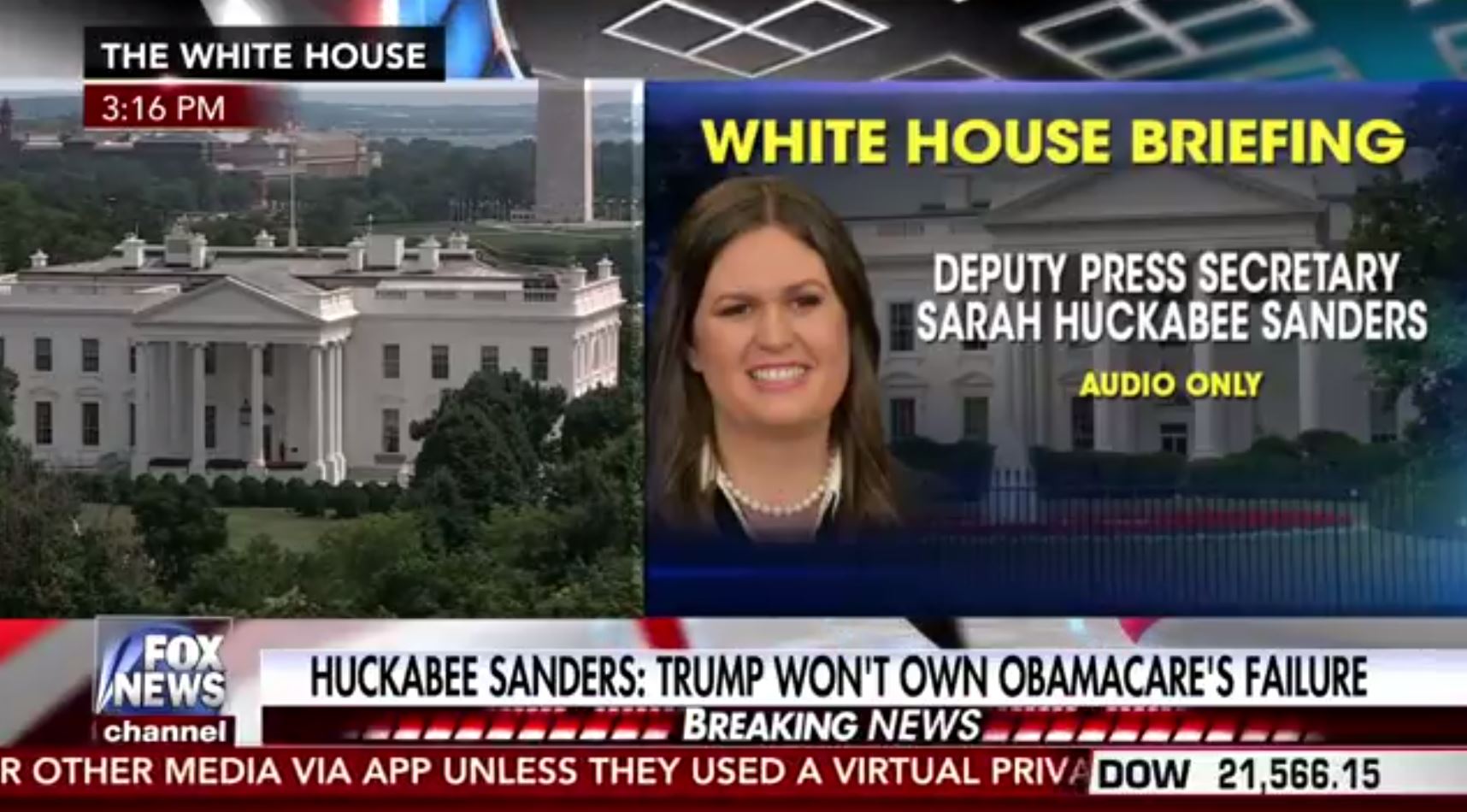