NEXT:Security Had to Escort Stephen Miller off the Set After Jake Tapper Interview
PREVIOUS:More African-Americans Watched MSNBC Last Year Than Any Other Cable Network in Prime Time 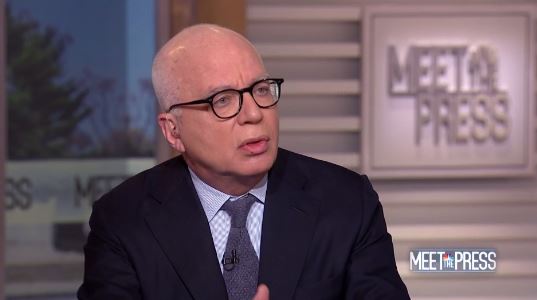 John Sargent, CEO of Macmillan, the parent publisher of Henry Holt, says his lawyers will be responding later today to Pres. Trump’s cease and desist demand over the publication of Michael Wolff‘s Fire and Fury: Inside the Trump White House.

But before that happens, Sargent penned a letter to Macmillan employees which lays out why the publication went forward, and earlier than planned.

“We will not allow any president to achieve by intimidation what our Constitution precludes him or her from achieving in court,” Sargent writes. “We need to respond strongly for Michael Wolff and his book, but also for all authors and all their books, now and in the future. And as citizens we must demand that President Trump understand and abide by the First Amendment of our Constitution.”

On Meet the Press Sunday, Wolff told Chuck Todd if he left anything out of the book “it’s probably stuff that’s even more damning. It’s that bad.”

Henry Holt is also the imprint that has published Bill O’Reilly’s best-selling books. The publisher stood by O’Reilly even after his dismissal from Fox News last April. O’Reilly’s latest, Killing England, remains in the top 10 of New York Times best sellers.

Wolff’s book is No. 1 on Amazon’s best sellers list.

To: All Macmillan Employees
From: John Sargent

Last Thursday, shortly after 7:00 a.m., we received a demand from the President of the United States to “immediately cease and desist from any further publication, release or dissemination” of Michael Wolff’s Fire and Fury. On Thursday afternoon we responded with a short statement saying that we would publish the book, and we moved the pub date forward to the next day. Later today we will send our legal response to President Trump.

Our response is firm, as it has to be. I am writing you today to explain why this is a matter of great importance. It is about much more than Fire and Fury.

The president is free to call news “fake” and to blast the media. That goes against convention, but it is not unconstitutional. But a demand to cease and desist publication—a clear effort by the President of the United States to intimidate a publisher into halting publication of an important book on the workings of the government—is an attempt to achieve what is called prior restraint. That is something that no American court would order as it is flagrantly unconstitutional.

This is very clearly defined in Supreme Court case law, most prominently in the Pentagon Papers case. As Justice Hugo Black explained in his concurrence:

“Both the history and language of the First Amendment support the view that the press must be left free to publish news, whatever the source, without censorship, injunctions, or prior restraints. In the First Amendment, the Founding Fathers gave the free press the protection it must have to fulfill its essential role in our democracy. The press was to serve the governed, not the governors. The Government’s power to censor the press was abolished so that the press would remain forever free to censure the Government.”

Then there is Justice William Brennan’s opinion in The New York Times Co. v. Sullivan:

“Thus we consider this case against the background of a profound national commitment to the principle that debate on public issues should be uninhibited, robust and wide-open, and that it may well include vehement, caustic, and sometimes unpleasantly sharp attacks on government and public officials.”

And finally Chief Justice Warren Burger in another landmark case:

“The thread running through all these cases is that prior restraints on speech and publication are the most serious and least tolerable infringement on First Amendment rights.”

There is no ambiguity here. This is an underlying principle of our democracy. We cannot stand silent. We will not allow any president to achieve by intimidation what our Constitution precludes him or her from achieving in court. We need to respond strongly for Michael Wolff and his book, but also for all authors and all their books, now and in the future. And as citizens we must demand that President Trump understand and abide by the First Amendment of our Constitution.

Update: And here’s the letter from Henry Holt and Company’s legal team: 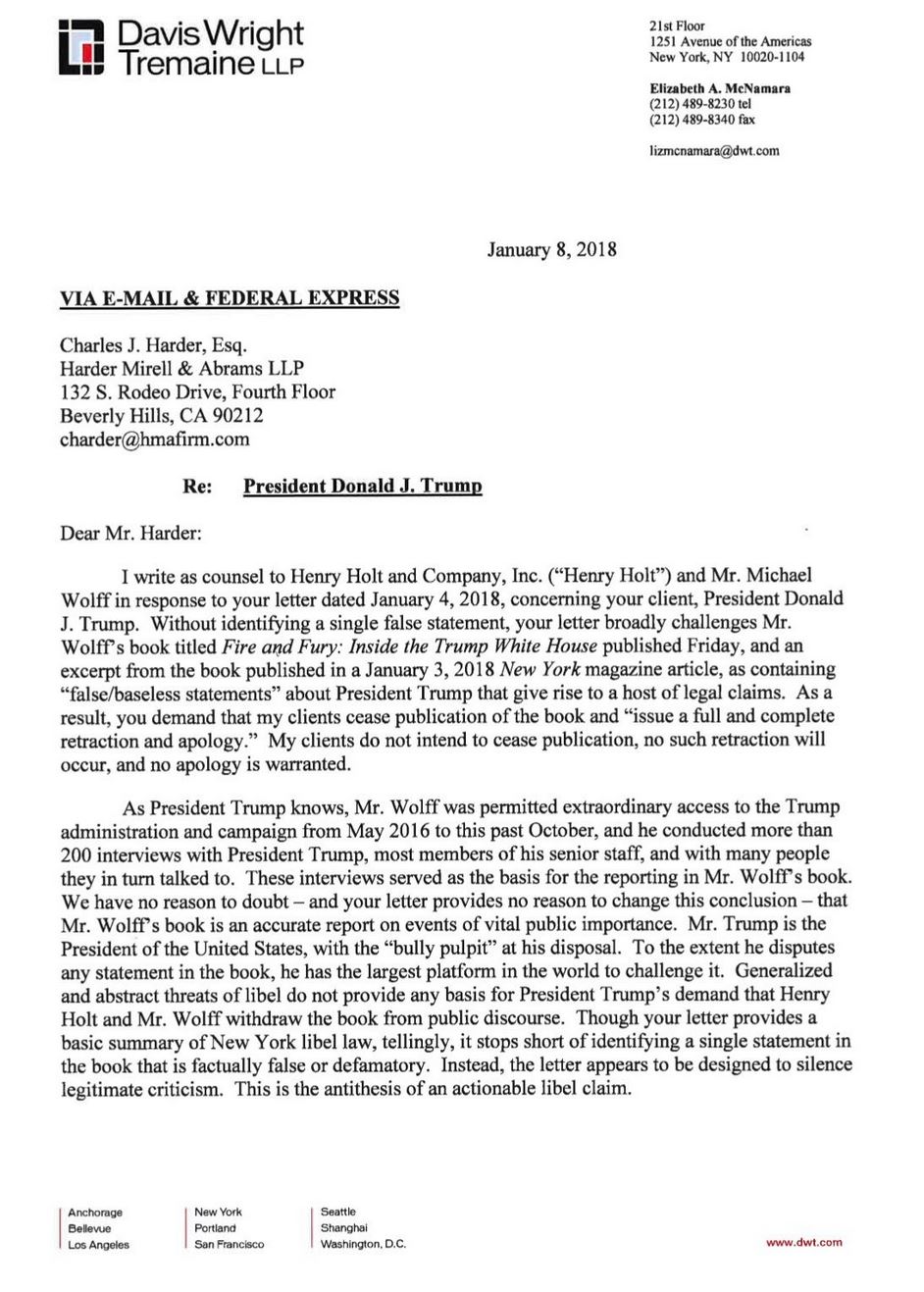