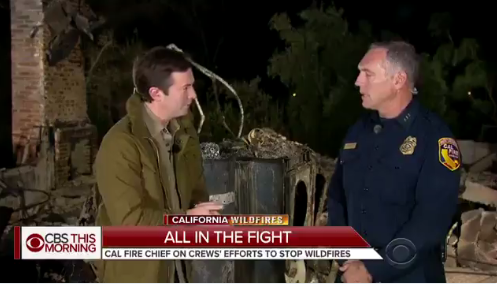 The conditions in West LA, the San Fernando Valley and Ventura County, California are worsening rapidly, and the three evening news anchors have landed in the region to cover the fires and anchor their respective broadcasts from the ground tonight.

The new CBS Evening News anchor Jeff Glor told us he wanted to take the broadcast on the road in a recent interview, and he’s getting to do just that in his first week on the job.

Glor was the sole evening news anchor to report from the ground for his network’s morning show, CBS This Morning, and like his counterparts, he’ll anchor his newscast this evening from Southern California.

“Today is the first time a purple rating has shown up. That’s the most extreme rating we have. It indicates that any spark can and will start a fire. And fires that start will be almost impossible to contain,” @CAL_FIRE’s southern region chief says https://t.co/OgS17l3JIm pic.twitter.com/Qo94g6fBCb

ABC World News Tonight anchor David Muir will anchor his network newscast from Southern California tonight as well — after anchoring from the wildfires in Northern California on October 10 (as seen below). 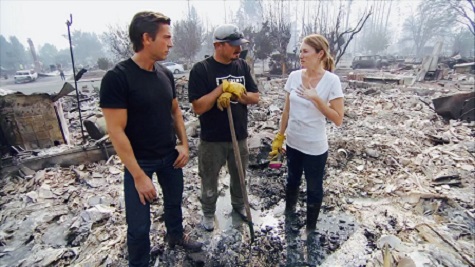 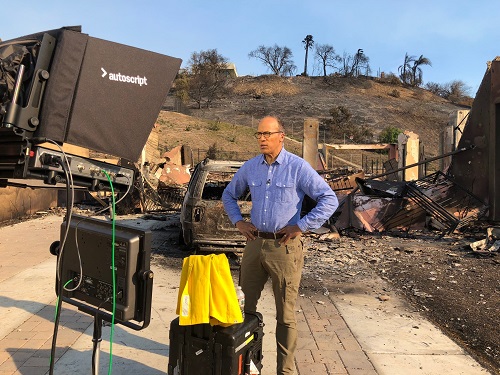