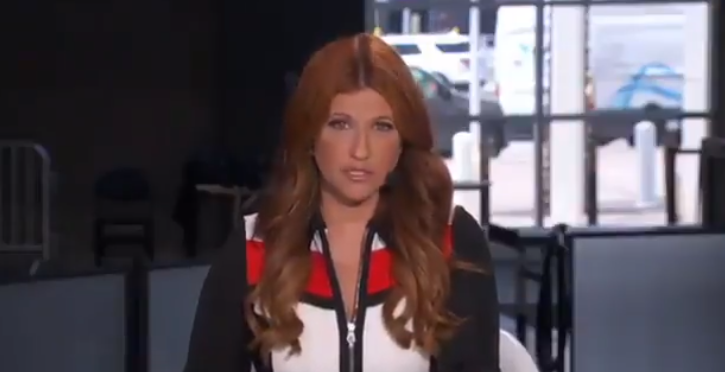 ESPN has decided to pull veteran network personality Rachel Nichols from its NBA Finals coverage, the network announced on Tuesday.

The decision to remove Nichols from the sideline was made in the wake of a New York Times report about highly disrespectful comments Nichols made in July 2020 about on-air colleague Maria Taylor during a private conversation that was being recorded. Nichols was unaware that her conversation with LeBron James‘ PR advisor, Adam Mendelsohn, was being recorded, and the audio was leaked by an ESPN employee who no longer works at the sports newser.

ESPN reporter Malika Andrews will replace Nichols on the sidelines for the 2021 Finals, which tips off tonight on ABC, while Nichols will keep her role as host of the network’s daily NBA show The Jump.

“We believe this is the best decision for all concerned in order to keep the focus on the NBA Finals,” ESPN said in a statement.

In the taped conversation from last July, Nichols said that ESPN might give her NBA Finals hosting job (which was in her contract) to Taylor because the network was feeling pressure to be more diverse.

“I wish Maria Taylor all the success in the world — she covers football, she covers basketball,” Nichols said in the private conversation from a hotel room. “If you need to give her more things to do because you are feeling pressure about your crappy longtime record on diversity — which, by the way, I know personally from the female side of it — like, go for it. Just find it somewhere else. You are not going to find it from me or taking my thing away.”

The New York Times story went public over the holiday weekend, and Nichols apologized to Taylor Monday on The Jump.

“So the first thing they teach you in journalism school is don’t be the story. And I don’t plan to break that rule today or distract from a fantastic Finals,” said Nichols. “But I also don’t want to let this moment pass without saying how much I respect, how much I value our colleagues here at ESPN. How deeply, deeply sorry I am for disappointing those I hurt, particularly Maria Taylor, and how grateful I am to be part of this outstanding team.”

Rachel Nichols began today’s episode of The Jump with this apology to Maria Taylor and others at ESPN https://t.co/9cXsDmMMhZ pic.twitter.com/yQj5j8akMw

Taylor has quickly established herself as one of the network’s most versatile talents. In addition to hosting NBA Countdown, Taylor is the lead sideline reporter for the network’s college football national championship broadcast. She also hosts ESPN’s coverage of college volleyball, and college men’s and women’s basketball.

The New York Post’s Andrew Marchand recently reported that Taylor’s contract is set to expire later this month. She currently makes $1 million per year, and has asked for a significant increase and wants to be paid around the same as the network’s lead personality Stephen A. Smith (~$8 million).

Marchand added that a year ago, ESPN had offered her a contract that would have eventually reached near $5 million per year towards its conclusion. But with The Worldwide Leader in Sports currently shaving salaries, the two sides have been far apart with NBC Sports emerging as a potential destination for Taylor.