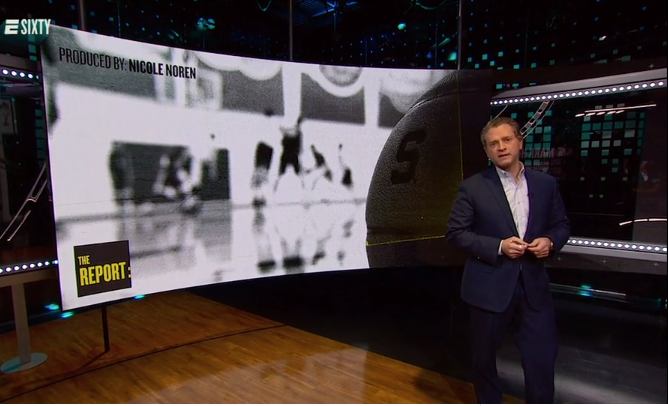 ESPN is best known for its opinion/debate programming and live sports broadcasts.

But The Worldwide Leader in Sports also continues to employ investigative journalists who work on programs like Outside the Lines and E:60.

On May 18, 2019, the network’s expertise in the world of investigative journalism paid off in the form of a 2019 Peabody award for its coverage of sexual assault in the Michigan State University athletic department, including the abuses committed by former gymnastics doctor Dr. Larry Nassar on hundreds of Michigan State student-athletes dating back two decades.

According to Hartford Courant journalist Alex Putterman, some ESPN veterans call the Spartan Silence: Crisis at Michigan State series the best journalism the network has ever done.

Putterman also spoke with ESPN journalist Paula Lavigne about the state of investigative journalism at ESPN. Lavigne was an investigative reporter on the Spartan Silence series–along with John Barr, Dan Murphy, and Tisha Thompson–and she joined ESPN in 2008 after years working as an investigative data reporter for various newspapers. Lavigne didn’t have a sports background prior to her arrival at the network.

“People often use the term ‘stick to sports’ as a way to say, ‘We don’t want to deal with these messy issues, let’s just talk about what happened in the game,’” Lavigne said. “That’s just really ignoring all the people: the athletes, the fans, the patrons, everyone whose lives are affected by sports. They need someone to speak for them, and they need someone to provide some level of accountability and justice off the field as much as they need an official or a referee on the field.”

According to Putterman, when Lavigne first heard the network was going to earn a Peabody for the Nassar-Michigan State story, her first thought went to the survivors who had shared stories of abuse, sometimes at risk of public scorn. Her second reaction was pride at what she and her colleagues had accomplished.

“It wasn’t cheap to go toe-to-toe with the university all the way up to the Michigan Supreme Court,” Lavigne said. “We didn’t even know what we were going to get. But they invested the time and the resources in doing that.”