NEXT:NBC News SVP of Talent Development Elena Nachmanoff Is Leaving the Company After 31 Years
PREVIOUS:CBS Confirms Natalie Morales Is the Newest Co-Host of The Talk 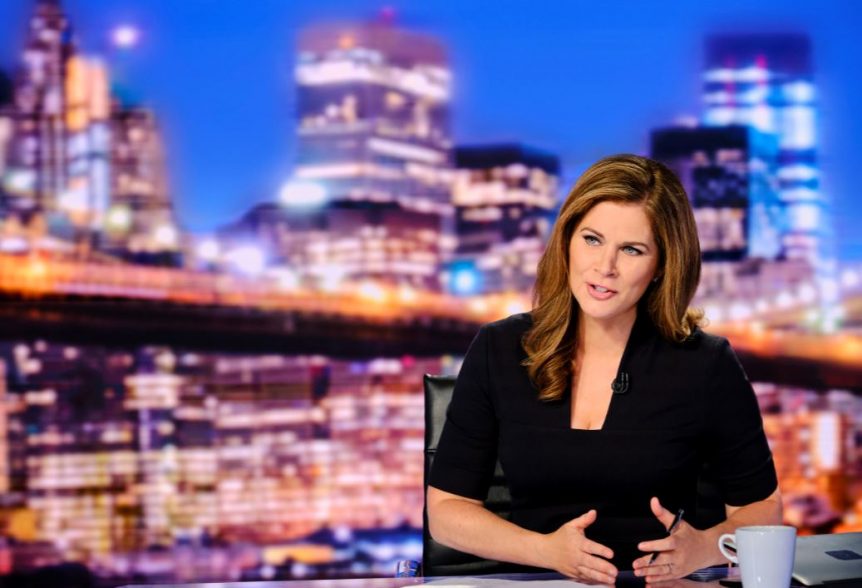 “Growing up, my parents would take us to D.C. to visit museums and restaurants, including an awesome restaurant at the Tabard Inn,” Burnett told TVNewser last week. “One time we went and saw [former CNN anchor] Bernard Shaw, and I remember my mom saying it was a big deal. A few years later, we were there and saw [CNN contributor] David Gergen.”

Burnett would eventually work her way up the television news ladder, becoming a host at CNBC and contributor at NBC. But CNN was still on her mind.

“I remember when I was in New York, I would run the lower loop by Central Park South. There’s a big time and date showing on the side of one of the buildings, and it was ‘CNN’ for many years,” said Burnett. “I remember looking up there and thinking about the power of the CNN brand. I always had this feeling about it, that it was this vaunted, special place.”

She added: “So, when I finally got to go [to CNN], I was very excited and proud. I couldn’t believe it was really happening to me,” said Burnett. “Then, I had to get used to a new place, and that was a challenge. Now, I feel like it’s family.”

Burnett made the leap from CNBC to CNN in September 2011, and would launch Erin Burnett OutFront on Oct. 3, 2011 in the 7 p.m. hour. A decade later, Burnett is now the female face of CNN, and OutFront is celebrating 10 years in the network’s 7 p.m. timeslot.

We spoke with Burnett about her arrival at CNN a decade ago, how both her show and the network have evolved since 2011, whether she’ll be involved in CNN+ and if she sees herself still anchoring a CNN show in 10 years.

TVNewser: Talk to us about the transition to CNN.

Burnett: At first, I didn’t know many people. You’re coming into a place that’s its own fraternity, its own close relationships. It took a little bit of time to get to know everybody, which is just normal coming into a new place. I was incredibly excited, but I was also nervous because when I first came in, I did not know [what time] my show was going to be. I did not have a staff; we had to hire everybody. I did not have a name of show, and I did not know what the show was going to be about. I had to create a show that was going to have an identity and a purpose, and it was exciting, but overwhelming too.

I came in and as part of when I got hired, [Erin Burnett Outfront ep] Susie [Xu] became the ep very early on [and Wil Surratt was ep Oct. 2011-Jan. 2014], and we literally had hire a staff, come up with graphics … The level of things that I didn’t even know had to be done was kind of amazing. But it was a great process, creating something from the start and watching it change as it has significantly over the years has been part of what makes it rewarding.

How has OutFront evolved over the decade?

It has definitely changed. CNN tells real stories and gives you all of these big interviews across all genres. You also get to do breaking news. It took a while to get through a cycle of each of those things—going through a political cycle and going through a cycle where there’s not a lot of news. And so, “What more long-form things are you going to do?” Or “Where are you going to travel to do enterprise and all those things?” We had to go through all that.

I use the term “growing pains,” not necessarily as a negative, but we had to figure out how to work those sets of muscles. And things did change. There were times early in the show when it was like, “Okay, do we do the same three people at the same time every night, and maybe we give them a pop culture topic, or a topic of the day?”

When I first came to CNN, we were in quite a slow news cycle, so we were trying to be a little bit more creative about things. For example, there was one thing we tried for a while—a silly, funny segment, called “Hump Day,” where we did something called “The Camel Report” on Wednesdays. It was a silly bit that ran for 30 seconds or so. My point is that we did a variety of things before I feel like we hit our real stride, and part of that was going through news cycles.

Also, when we first started off, we wanted the show to have an identity. We couldn’t just do news stories of the day. It’s about which ones we do, where we do them and how we do them. It was like dating someone for the first time: you didn’t know what to talk about. At first, it was, “Okay, is Erin going to do a business show? Because she came from CNBC.” There were some people who had an expectation that’s what we were going to do, and as much as I feel like the economy is so crucial, and I love that, it is not what I wanted to do. I wanted to do a CNN show. 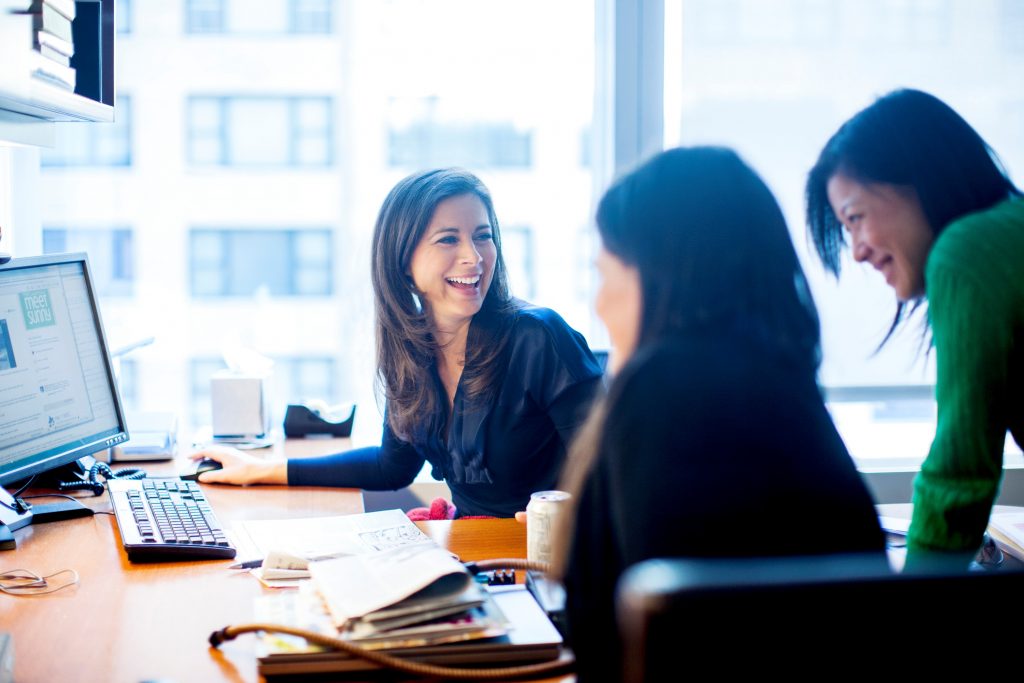 What are the biggest ways that CNN—and cable news in general—have changed since you arrived?

Like I said, I came in at what I call “the nadir” of CNN ratings. It was tough time to come in. However, I also think it was great, because it forced us to jump off the diving board at 1,000 feet. If we came into CNN in a breaking news cycle, it would have been just, “OK, you’re covering the breaking story. Go to wherever and you do that for a couple months.” But we didn’t have that, and I think there were times when I thought that was a negative because, “oh my gosh, we have to figure stuff out.” I now view it as the best positive ever because we had to really think things out, and that came in the context of the nadir.

And then [CNN Worldwide president] Jeff [Zucker] came in, and really energized the network. The elusive thing that you want at a network is individual things that stand out that are consistent with what the brand is. You don’t want a news reel, but you don’t want everybody just doing their own completely different things so I don’t really know what I’m going to get, or there’s no thread that ties them all together.

There was a time when the shows would have been so different, and you want different because you want to there to be a tone of what to expect from Anderson [Cooper] as opposed Erin as opposed to Chris [Cuomo] or Don [Lemon]. Yet, there needs to be a consistency too. I’m not saying that the network’s ever completely figured that out but I think that, under Jeff, that is what we got; that kind of brand modernizing.

CNN was the place that you turned to when there was news, period. It was not the place you went when there was not news. I do think that has changed. But that’s why I say “the nadir,” because when there wasn’t a news event, there just weren’t a lot of eyeballs. So, the question was: “How do you create that?” I think that’s what Jeff has really inculcated in all of us, that we’ve all been able to grow our own voices within this brand, but as CNN.

Since 2011, shows have been canceled at CNN, high profile talent and executives have left, yet Erin Burnett OutFront at 7 p.m. remains. What do you attribute the stability of the show to?

There are a variety of things, but a big one is my team. Obviously, we have people who have come and gone over the years, but even those that we’ve hired recently are awesome people. It’s a loyal, hard-working team. It’s not just what one person does, or like one person does exists. And I say it that way because I don’t want to act like people who were here earlier were more valuable than people here now because I don’t believe that. But I do believe that the fact that we have this core group of people who were there at the beginning that are still there, there’s a sense of continuity, and ownership. I think that makes a difference.

It’s my name on the show, but it’s the group of people that put it on the air. That’s just the core of what it is. I also believe that we work hard, we’re genuine and trying to cover the news and have an impact in what we do. That doesn’t mean that we’re always going to be perfect, but it’s a genuine thing and it’s a genuine feeling. We’re not just looking to make a splash for that attention, and I think that over time that is valuable and is valued.

We’ve heard a lot about CNN+. There’s a lot we’re still waiting to hear about. At this point, should we anticipate seeing you contribute to the streaming service in some way?

Yes, I think so. I think all of us will be involved in some way. I don’t know exactly what I’ll do, but I think it’s exciting. Again, it’s like creating a new show. It’s not just a simple, “OK, cool, I’m going to go on there.” It’s more, “What are you going to do on there?” I think that is exciting. It is an opportunity to flex or grow another set of muscles. I don’t know exactly what that will be at this point, but I can tell you I’ll be doing something.

Does Erin Burnett still want to be anchoring a CNN show in 2031?

There isn’t any other place I would rather be, to honest with you. It’s become a part of my life in a way. I came to CNN and I had my launch party in September 2011. I got engaged two weeks before my launch party. I got married a year into the show. I had three children. CNN is part of who I am, so whatever I grow to become, and I really believe that way—that we’re always growing and changing and so I don’t know what that will mean, but CNN is very much a part of my identity.

I look at what the things I love to do besides my daily job; things like the long-form documentaries … I still see CNN as the best place to do all those things. I think that’s what makes it a special place. I have a deep, personal connection to CNN because it is so tied to me. All those important milestones in my life have happened here.