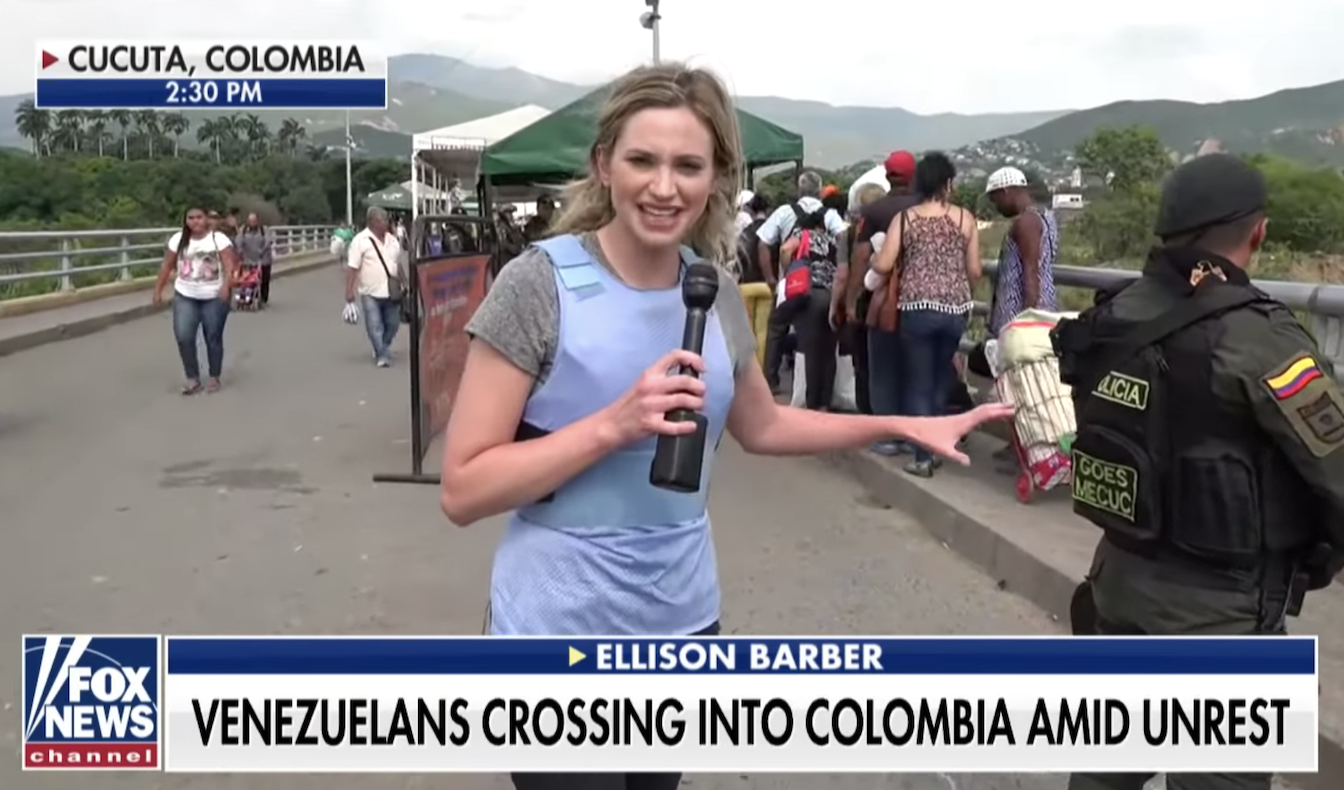 Ellison Barber has been named NBC News and MSNBC correspondent covering domestic and international breaking news, based out of New York.

Barber will join the company from Fox News, for whom she was a Washington DC-based general assignment reporter.

According to a company memo, obtained by TVNewser, Barber will start in her new role next Wednesday, remotely, and then relocate to New York whenever it is safe to do so.

An example of Barber’s impactful reporting was last September, when she spent six days in the Bahamas reporting on the search and rescue missions following Hurricane Dorian. Thanks to her reporting, Barber was able to raise thousands of dollars for a children’s hostel in the Bahamas.

Prior to that, she travelled to Cúcuta, Colombia to report on the political and humanitarian crisis in Venezuela. While reporting at the Simón Bolívar International Bridge, gunfire erupted and a 30-minute firefight ensued. Colombian officials said the gunfire came from contraband groups, who control illegal routes many Venezuelan refugees use to cross into Colombia. Barber spent days reporting from those routes, on the groups that control them and the plight of refugees.

Barber was also one of the first American journalists to report from the United Nations High Commissioner for Refugees center in Maicao, Colombia.

NBC News svp of editorial Janelle Rodriguez sent the following note to staff not long ago, announcing the hire:

In the midst of this challenging time, it is nice to be able to share good news with all of you.

As we are witnessing now, we have established ourselves as a trusted news source for breaking news. We are covering the story of our lifetimes with some of the best journalists in the business. And we’re continuing to build upon our robust resources and increase our collaboration across our vast NBC News properties.

With that, I am excited to announce Ellison Barber is joining NBC News and MSNBC as our newest correspondent covering international and domestic breaking news. She has been at the heart of investigative stories around the globe, from the District of Columbia to Colombia. Most recently, she was a general assignment reporter for Fox News Channel based in D.C. where she’ll stay until it is safe for her to join us here in New York. Until then, she’ll offer remote reporting from the nation’s capital starting April 15.

Undoubtedly, a big part of the reason we are able to retain and recruit the best of the best is because of the unique opportunity we have to report across broadcast, cable and digital. Ellison will contribute breaking news coverage to all—from MSNBC to News Now, Today, Nightly News and more.

I hope you’ll join me in welcoming Ellison when we’re all back in 30 Rock—I know I’m really looking forward to it.

Stay safe out there,