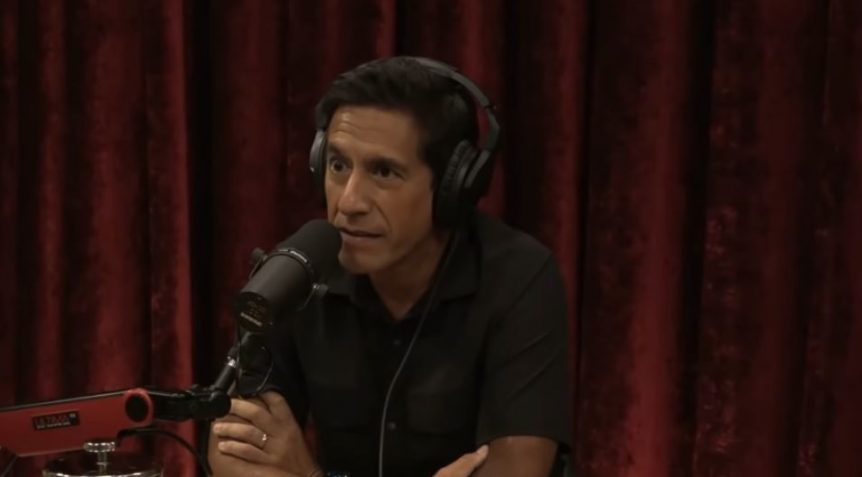 Gupta spoke with Rogan for three hours on Wednesday about Covid-19, the vaccines (Rogan refuses to get vaccinated), Dr. Anthony Fauci, and the Wuhan lab leak theory. At one point Rogan confronted Gupta about CNN’s coverage of him taking a drug named ivermectin when he contracted the coronavirus. Rogan said the drug was prescribed to him by a doctor. “Does it bother you that the news network you work for outright lied about me taking horse dewormer?,” asked Rogan. Gupta responded by saying, “They shouldn’t have said that.”

Rogan has received a significant amount of criticism for his commentary on vaccines and vaccine mandates over the months. He even shared a bizarre video that drew a comparison between mandates and Nazi Germany.

Gupta, on the other hand, admitted that friends advised him not to do the interview. “In fact, when I told Joe early in the podcast that I didn’t agree with his apparent views on vaccines against Covid, ivermectin and many things in between, part of me thought the MMA, former Taekwondo champion might hurtle himself across the table and throttle my neck. But, instead he smiled, and off we went,” Gupta wrote.

Gupta went on to argue that “Joe Rogan is the one guy in the country I wanted to exchange views with in a real dialogue—one that could potentially be among the most important conversations of this entire pandemic.”

He said he tried to ask Rogan about finding a balance between advocacy for personal freedom and recognizing “the unique threat a highly contagious disease represents.”

Gupta did make a point of noting that Rogan’s own studio “prioritizes safety,” saying that a nurse was present at Rogan’s studio to administer a rapid test. “We were even checked for the presence of antibodies with a finger prick blood test,” Gupta wrote.

He admitted “a small part of me thought I might change Joe Rogan’s mind about vaccines.” However, he added that this effort probably ended up being futile, “and there would always be plenty of misinformation out there neatly packaged to support his convictions.”

Gupta added: “Truth is though, I am still glad I did it. My three-hour-long conversation wasn’t just with Rogan. If just a few of his listeners were convinced, it will have been well worth it.”