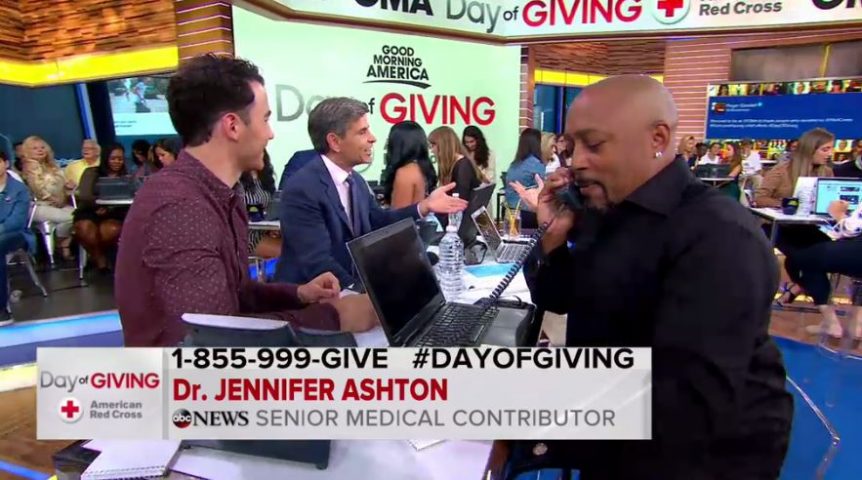 ABC’s Day of Giving, which has extended into several days, has raised $14.2 million for victims of Hurricane Harvey.

The initiative began Wednesday across the Disney/ABC TV Group networks and platforms and got a big boost Thursday during Good Morning America.

Other TV station groups are using the power of broadcasting to raise money for Harvey’s victims.

The Hearst TV stations group, which owns affiliates in Boston, Sacramento, Orlando, Milwaukee and beyond, raised $4 million dollars, and that’s all from viewers in other states. Hearst owns newspapers, but no TV stations, in Texas. (Though it does own WDSU in New Orleans).