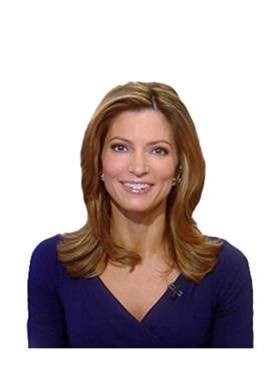 Bolton is joining ABC as a business correspondent, based in New York, and will work closely with business unit and chief business, economics and technology correspondent Rebecca Jarvis covering COVID-19’s economic impact.

Bolton most recently spent six years at Fox Business covering business, finance and the economy. Three of those years were as anchor of Risk and Reward With Deirdre Bolton, which aired weekdays.

Her final on-air appearance for Fox was April 1 during The Daily Briefing with Dana Perino. She was supposed to do a hit on April 3 for FBN’s Cavuto Live, but her signal didn’t seem to be working and she wasn’t able to appear.

Before joining FBN in February 2014, Bolton spent 15 years at Bloomberg. During her lengthy stint at Bloomberg, Bolton anchored Money Moves With Deirdre Bolton, a show that focused on alternative finance and investment.

Bolton, who has referred to herself as a “reformed banker,” started her career on Wall Street, selling European equities to U.S. portfolio managers before making the transition to the television news industry.

“The elements that remain in common from both careers: processing a large amount of material, selecting the salient points and communicating them in context,” Bolton told TVNewser in 2015.

I am pleased to welcome Deirdre Bolton to ABC News as a business correspondent based in New York. Deirdre will join our stellar and tireless Business Unit and Chief Business, Economics and Technology Correspondent Rebecca Jarvis as they continue to cover COVID-19’s great economic impact.

Deirdre joins us from Fox Business Network and Fox News Channel, where she covered business, finance and the economy. For 3 years she anchored her own show ‘Risk & Reward with Deirdre Bolton.’

As an accomplished reporter, Deirdre is adept at translating complex financial concepts into understandable ideas and facts. She reported on some of the biggest stories over the past two decades. In 2018, Deirdre covered the North Korea–United States Singapore Summit and its economic implications for the US and Asia. She reported live from the ground following the 2015 Paris terrorist attacks, focusing on their economic effects, including what they meant for a country and region where tourism is a huge part of its GDP. During the 2007-2008 financial crisis, she provided straightforward explanations of the global financial meltdown daily and ways the audience could find much-needed help.

Deirdre is a self-described “reformed banker” who left her career on Wall Street for one in media. Prior to FBN and FNC, she was anchor on Bloomberg TV and served as a CBS News contributor.  During this time Deirdre anchored Bloomberg TV’s ‘Money Moves with Deirdre Bolton,’ a show that focused on alternative finance and investment. Having lived and worked in London, Paris and Singapore, Deirdre currently resides in New York City with her husband, two boys and dog.

Deirdre joins the team at a historic moment. During these unprecedented times Rebecca, Zunaira Zaki, Taylor Dunn, Layne Winn and Victor Ordonez have done an exceptional job of covering COVID-19’s unprecedented impact on the economy, which in many ways we are only beginning to understand. I am incredibly proud of the important reporting they are doing day-in and day-out as they bring viewers vital information.

Please join me in welcoming Deirdre to the team.