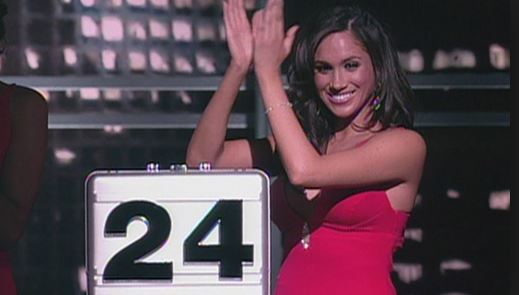 On Saturday, after her wedding to Prince Harry, Meghan Markle will likely gain the title of Her Royal Highness the Duchess of Sussex. But 12 years ago Markle was known as briefcase model No. 24 on the NBC’s Deal or No Deal.

Well–not having anything to do with that–NBC is bringing back the game show this fall where it will air on CNBC.

Howie Mandel will be back to host the show which will be taped at Universal Orlando Resort. In fact, casting calls begin today in Jacksonville with other calls set for Orlando and Miami later this week.

“Our primetime programs, with their focus on business and money, strive to be both entertaining and instructive,” said CNBC president Mark Hoffman announcing the show’s return. “Shows like ‘The Profit’ and ‘Shark Tank’ are built around high stakes and high rewards. Those same elements live at the heart of ‘Deal or No Deal,’ which is why we believe it to be a perfect fit.”

We caught up with Mandel Monday morning on the red carpet for the NBCUniversal upfront event for advertisers.