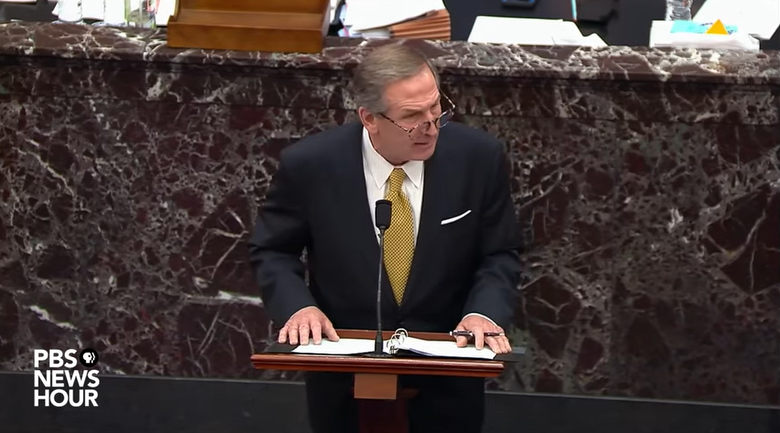 The fourth day of the 2021 Senate impeachment trial featured President Trump’s legal team presenting its defense on behalf of their client.

Roughly 11 million total viewers and 2.1 million adults 25-54 across 5 Nielsen-measured networks watched Friday common coverage of the trial. That’s up +5% from day three, but down from days one and two.

What caused the growth? Fox News. One day after drawing an average of just 815,000 viewers for the House managers’ presentation, the network drew a whopping 2.2 million for the defense team’s presentation. That’s +171% day-to-day growth, and as one might have guessed, the network’s largest average audience of the week – even outdrawing both CBS and ABC in total viewers (but not the demo).

Despite Fox News viewership growth, for fourth consecutive day, CNN and MSNBC were still the top-rated news networks for impeachment trial coverage across broadcast and cable.

According to fast national data from Nielsen, CNN averaged the most adults 25-54, while MSNBC averaged the largest total audience.

MSNBC might have remained the most-watched network, but it lost -12% of its total viewers and -17% adults 25-54 from day three. With Trump’s defense team dominating the coverage, an MSNBC ratings drop off isn’t particularly surprising.

ABC and CBS cut out of the event on Friday far earlier than its cable news counterparts. CBS beat ABC in total viewers for the third consecutive day. CBS was the second-ranked network of the day overall among adults 25-54.