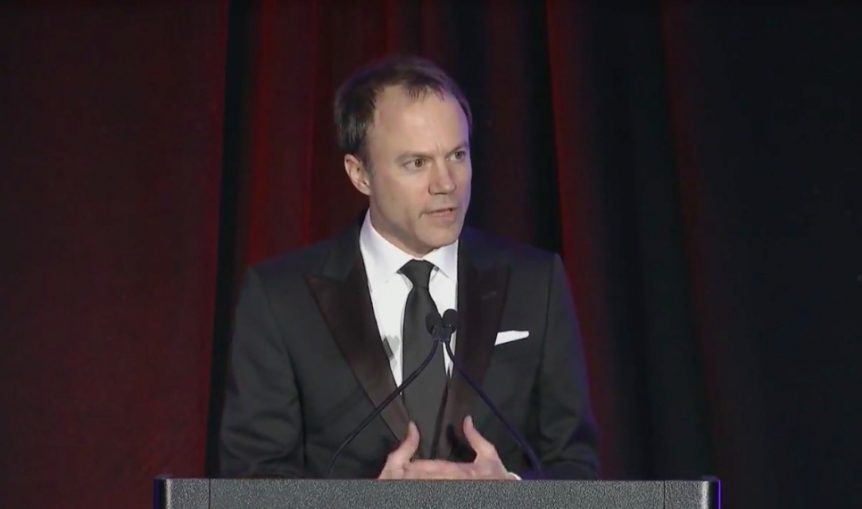 Make that two CBS executives who have stated on the record that they would be interested in acquiring CNN if the network were ever to become available.

TKNN’s Tyler Kusma writes that CBS News president David Rhodes spoke at an event at George Washington University’s School of Media and Public Affairs yesterday, and was asked whether or not it would make sense for CBS to acquire CNN.

Rhodes said yes, and explained his rationale by saying CBS News is the smallest of the major TV news organizations, so “culturally, if you think about those five there are similar values, probably more similar than most, between us and CNN and so that’s sort-of, there’s a logic there.”

CBS chairman and CEO Les Moonves was asked a similar question by CNBC senior media and entertainment correspondent Julia Boorstin at the Allen & Co. conference last summer. Moonves remarked that he didn’t think CNN was available at the time, but “if it came up later on, it would be something we would look at.”

Rhodes noted that Moonves was making a judgement based off how CNN and CBS could work together well for values and scale.

“So yes- I mean we would obviously explore anything like that if it was available,” Rhodes told the audience. “At the present time, they’re pretty clear that it’s not available but anytime an opportunity comes up like that, you know, you’d be foolish not to look at the possibilities.”