NEXT:Jared Kushner Says Administration Is 'More in the Fact-Finding Phase' Regarding Murder of Journalist Jamal Khashoggi
PREVIOUS:Jim Acosta: 'Having the President Whip People Up at Rally After Rally Is the Most Depressing Thing I've Seen as a Journalist' 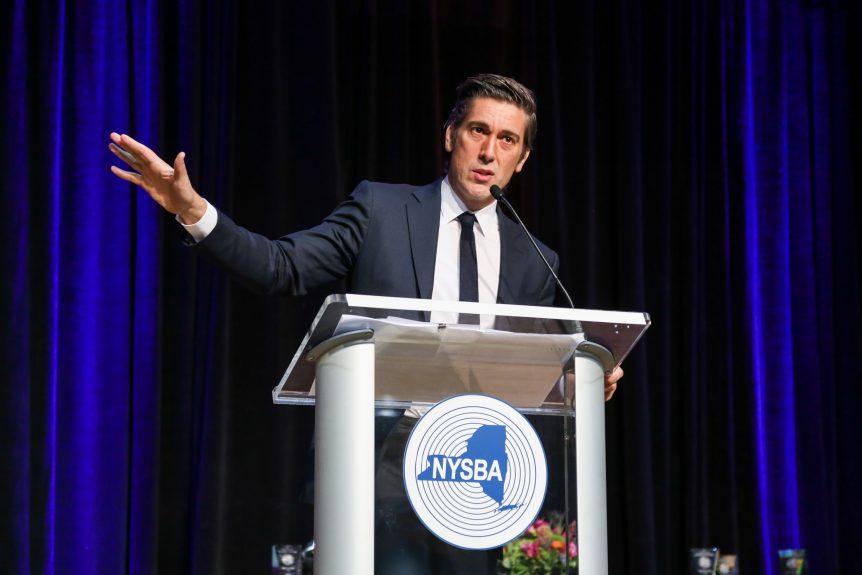 Muir received the NYSBA’s 2018 Broadcaster of the Year Award, joining ABC Newsers Barbara Walters (2007), Charlie Gibson (2010), and the late Peter Jennings (2005) as recipients of the honor.

“If we just remember who this newscast is for – it’s for the people across this country in a polarized time,” remarked Muir. “We have to find a way every single night to signal to them that we hear you… that we are doing this job for you. We are asking these questions for you. And I think that they sense that in their gut.”

The NYSBA represents the interests of over 300 TV and radio stations in the New York State Assembly, Congress, and various other legislative bodies.

Since 1955, the organization has fought many battles on behalf of broadcasters including opening New York’s courtrooms to broadcast television coverage, putting broadcasters on equal economic footing with newspapers, and defending the confidential sources of broadcast journalists.