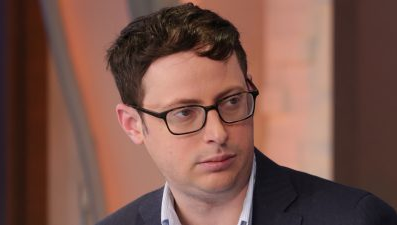 Nate Silver‘s FiveThirtyEight is leaving ESPN. But it’s not going too far. The data journalism outlet is heading to Disney sibling ABC News after more than four years under the ESPN umbrella.

ABC News feels FiveThirtyEight, named 2016 Data Journalism Site of the Year, will become a useful property as the network prepares for the 2018 midterm elections and eventually the 2020 presidential election. ABC News also cites FiveThirtyEight’s “distinctive style of data-literate reporting” as a significant reason why it wanted to acquire the outlet.

“This is an exciting move for FiveThirtyEight and our staff. With ABC we’ll be able to expand our political coverage at a crucial time, while maintaining a relationship with ESPN for our sports coverage,” Silver said in a statement. “James has a real vision for how FiveThirtyEight can contribute to ABC’s news and election coverage, and we’re looking forward to building upon what we’ve created with ESPN. We’re looking forward to getting to work immediately as we prepare for the 2018 midterms.”

That said, the outlet is keeping its relationship with ESPN intact and will continue to cover sports. It’s just focusing more of its efforts on ABC News now, including making a number of new hires dedicated to political coverage.

FiveThirty Eight was founded as polling aggregation website with a blog created by renowned data analyst Nate Silver in 2008. It was acquired by The New York Times in 2010. ESPN then bought the outlet from the Times in the summer of 2013, where it grew into a powerhouse in the sports data, analytics and journalism platform.

Some personal news… FiveThirtyEight is leaving ESPN… but not going very far. Our new home is ABC News! We’re super excited to work with @ABC and combine our strengths with theirs as we tackle the 2018 and 2020 elections and other news stories.

I have exciting news to share. Nate Silver and his brilliant FiveThirtyEight team are joining ABC News from ESPN.

At a time when politics has never been more extraordinary, fascinating, and confusing, FiveThirtyEight will help us bring even more clarity and insight to what’s really going on.

They’ve won numerous awards, including Data Journalism Site of the Year in 2016, with their unique blend of creative smarts, compelling and witty journalism and statistical analysis. And I am hopeful that the combination of their skills and ours will lead to even more great work in the years ahead.

Of course, FiveThirtyEight is much more than just politics, and we will be working closely with them and with ESPN on their sports, science and tech verticals too.

Many of you have worked with the FiveThirtyEight team already.  During the 2014 and 2016 elections, they proved to be an invaluable component of our terrific political reporting from Washington and on the campaign trail.

A press release is attached below. Please join me in welcoming FiveThirtyEight to ABC News.